So you’ve been invited to a wedding, and you’re racking your brains over how much ang bao (red packet) you should be giving! Give too little, and you’re a cheapo, give too much and you’re spoiling market!

Deciding how much wedding ang bao depends on 3 main factors:-

1) Where and when the wedding is held

2) How close your relationship to the couple is

3) The type of wedding (e.g. specific cultural traditions of the wedding)

For instance, luncheons are typically less expensive than dinners, buffets are generally cheaper than sit-down lunch or dinners and café weddings usually cost less than a hotel banquet.

While ang baos are typically given during Chinese weddings, there are many “ang bao traditions” for various ethnicities and cultures as well. We’ve got you covered with important Ang Bao guidelines for every type of wedding in Singapore. It’s time to yum seng without worrying about your red packet!

* Please conduct your own additional research before deciding how much to pack in your ang baos! ShopBack will not be held responsible for any inconvenience caused due to reliance on this article. 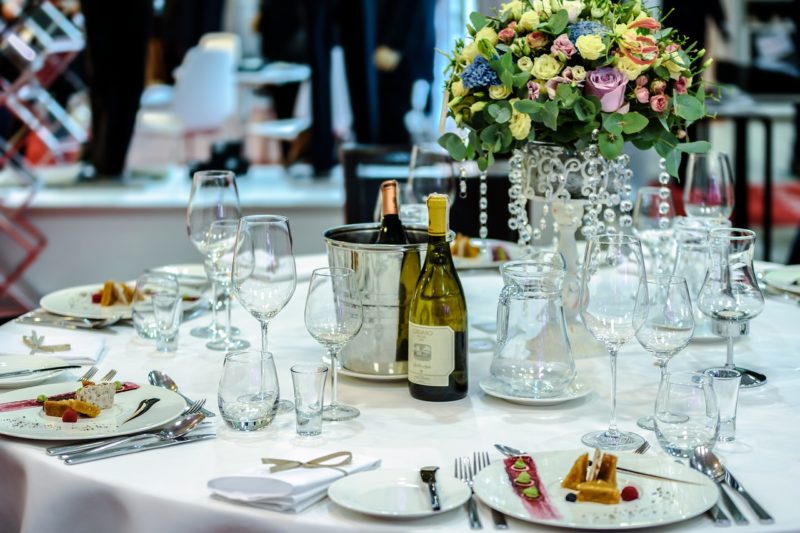 Chinese weddings are usually held at Chinese restaurants or hotels and deciding how much to give is usually a matter of simple Mathematics. If each table at the wedding banquet costs $1000, and there are 10 seats at the table, guests have to divide $1000 by 10, and voila! Here is a helpful guide to know how much a hotel wedding banquet costs or you can simply call up the restaurant to ask for rates.

For Chinese weddings, ang baos are normally given in round and even numbers, especially amounts that include or end with the auspicious number “8”. Do not ever give ang baos that have the number 4 in them as “four” sounds like “death” in Chinese. Avoid $144 at all costs!

It is customary to present your monetary blessings in traditional green packets though an ordinary envelope works fine as well. The giving of green packets is done discreetly, and common practice is to fold the packet in half within the palm of your hand and pass it to the couple’s parents as you give your congratulations and a good handshake. Otherwise, handing it over with both hands is also polite.

Unlike at Chinese weddings, it is not necessary to write your name on your ang bao.

Again, deciding how much to give is dependent on the venue and how close you are to the couple (it can start anywhere from $20). Indian weddings are a vibrant affair, and can last up to four days. Guests are usually invited to a joyous banquet on the final day of the festivities, and it is not difficult to spot an Indian wedding as the entire event will be a bright agglomeration of countless colours and hues (Avoid the inauspicious black and white when attending one!).

It is recommended to prepare an auspicious amount ending with the number “1” and you can hand over your blessings to the couple directly if you are close to them. Guests can also send boxed gifts to the couple’s home, usually before the day of the wedding banquet.

A church wedding is normally a simple event and the actual rental cost of the church premises is generally less expensive than a hotel or restaurant. Costs however can go towards catering, florists, worship team or choir.

Church weddings do not always include catering, though it is quite common for it to followed by a lunch or dinner banquet later in the day. Deciding how much to give really depends on the venue(s) and can range anywhere from $20 to $100++.

While you may not be served and have to grab your own food, it doesn’t necessarily mean that an outdoor or cafe wedding is cheaper than a typical hotel banquet.

Holding a wedding lunch buffet at an exotic outdoor area is not always cheap. Couples not only have to pay for the buffet provided, but also have to fork out monies for logistics, florists, equipment and the rental of the venue. With all costs considered, a wedding buffet could bring the cost per head to over $100.

While cafés are generally cheaper than hotel banquets, again, it really depends on the venue. Some restaurants and cafés might actually have a higher cost per pax and you should always do your research!

Alright, we believe you’re all set to go! As a general rule, be thoughtful, and prepare a wedding ang bao amount that matches the prestige and scale of the wedding event.

If you have other great tips for wedding ang baos in Singapore, feel free to share with us in the comments below!

If you’re looking for some fresh threads to wear to a wedding, visit Zalora and ASOS where you can earn Cashback off your purchases with ShopBack!