Home > Tech > Your Right to Repair: Where to Repair (or Recycle) Your Appliances in Singapore
Home and Living, Savings, Tech

Your Right to Repair: Where to Repair (or Recycle) Your Appliances in Singapore 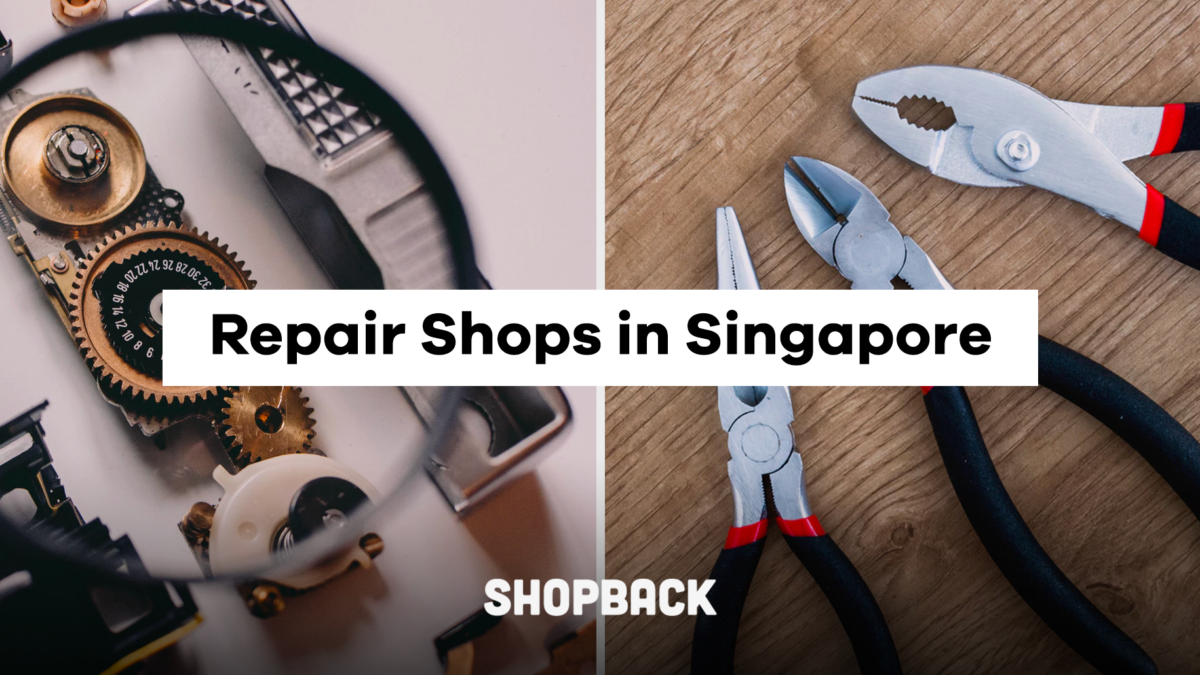 As a consensus, we are all fully aware of how us, as humans, have been mistreating mother Earth and abusing the planet’s natural resources. Global warming, environmental pollution and plastic waste are giant keywords associated with saving the planet. Yet, as we partake in Earth Hour campaigns and drink from bamboo straws, another colossal threat slips under the radar.

Can we make a difference by repairing our existing appliances and electronics instead of always buying new?

Follow our Telegram channel for the latest updates on deals and blog posts by ShopBack!

E-waste or electronic waste is defined as any electronic or electrical component or device that is destined for reuse, resale, salvage, recycling, or disposal. In a press release by the United Nations (UN) this year, an estimated 50 million tonne of E-waste is generated globally per year, and that number is increasing exponentially. E-waste has now become the fastest growing waste stream, with only 20% being properly disposed or recycled. The rest goes either into landfills, polluting the soil and water around it or are improperly recycled, causing toxic chemicals to be released.

The rate of e-waste generation is increasing at a staggering pace. As advances in technology continue to whet our appetite with treats like higher definition and foldable screens on smartphones, our consumption of electronics is now at an all-time high. In 2008, total global sales for smartphones was at 172 million. Last year alone, the world bought 1.5 billion smartphones.

A huge contributing factor to the generation of e-waste is due to the inability for consumers to repair their own electronics. Many large electronics corporations have rescinded a customer’s right to repair their own devices by either restricting sales of spare parts only to authorized dealers or requiring any repairs to be done solely by the company, otherwise, it would be considered a violation of terms. In doing so, they effectively control all replacement aspect of the equipment or device and are able to raise the prices on parts, resulting in most consumers directly skipping to purchasing a new device instead.

This move by the corporations has instigated a growing global movement. Dubbed as the “Right to Repair” movement, which aims to empower consumers with the ability to fix their own electronics, it has roots from the U.K but has since spread to many parts of the world, including Singapore.

Currently, in Singapore, we have one such community that aids in teaching members how to fix their own items. Repair Kopitiam is a community run monthly event that aims to cultivate the repair culture within Singapore. The event happens every last Sunday of the month at 2 key locations:

Each session is done with the help of trained volunteers and ‘Repair Coaches’, entirely free of charge. Just be sure to prepare the day before as the session starts from 10.00am and closes by 3.00pm.

If your device has gone past the point of self-repair or Repair Kopitiam coaches, do not immediately turn to trashing it. Consider heading to professional repair shops around the island before giving up on your device.

Without a doubt, whenever someone queries on where to look for any computer related problems, they are pointed to Sim Lim Square. Located along Rochor Canal Road, Sim Lim Square has a bad reputation for con men but is still considered by many as the one-stop mall for PC/Laptop repairs. We list the three best and most reliable shops in the mall:

Television repairs are one of the most sought after electronic repairs, it is also the most difficult as most televisions require manufacturer parts to repair.

We have included this list for fridge repairs as they are the most time-sensitive repairs! Leave the doors closed if you suspect your fridge is no longer working, your food will be able to last slightly longer till the repairman comes.

If all else fails and you are certain your device has come to the end of its life, do not hastily dump it into your home trash chute. With only 6% of our local domestic e-waste being recycled per year, everyone has to take part in ensuring we do not contribute to this growing global problem. Singapore has an extensive network of e-waste recycling bins and zones and we highly recommend you to find one near you.

You can check for the bin closest to you here.