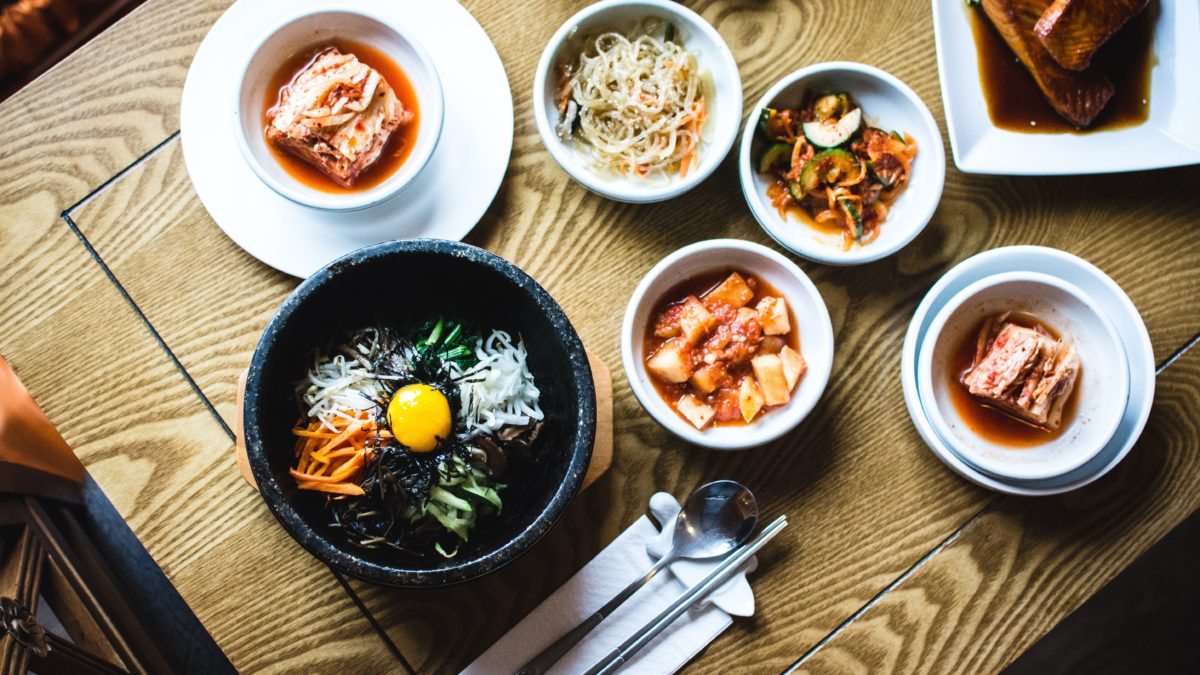 Singaporeans’ love for food is legendary and this is a well-known fact. But did you know that many have cited Korean food as one of their most favourite cuisines? Read on to find out what are the Korean-licious foods most loved by locals and the best restaurants to have them in Singapore.

It is not an understatement to say that Korean cultural phenomena have taken the world by storm. From Asia and even in Europe and the USA, Korean pop culture and Korean cuisines have found their way into the lives and eating habits of people in these societies.

In fact, Korean cuisines have become so popular in Singapore that you see many of them sprouting up in menus of restaurants, fast food outlets, food courts and even hawker centres and coffee shops around the island. Here’s a list of five of the most beloved Korean foods among Singaporeans and where you can indulge in them. Hint: not all of them are at Tanjong Pagar.

For the love of Kimchi! There is no food that more iconically represents Korea and its people than Kimchi. Kimchi is such an important part of Korean meals that it has been dubbed indisputably as Korea’s national dish. So influential is Kimchi in Korea that virtually no meals in Korea are served without it.

Kimchi is essentially a fermented dish made with seasoned vegetables that appears simple but has been documented to have almost 190 different types of vegetables used in it at some point today and throughout history! Most of the Kimchi dishes served in Singapore eateries use cabbage or radish and can be flavoured with chili pepper, brine or other seasonings.

The popularity of Kimchi among Singaporeans can probably be explained by their perchance for anything sweet, spicy, salty and sour (in varying amounts, depending on the type you are eating) which Kimchi provides simultaneously all in one bite. Not only does it pack a punch in flavour, it is also healthy and calories-friendly too!

While Koreans usually eat Kimchi as a main dish, as a side dish or even as an after-meal snack, it is normally served as a side dish when you order a Korean meal at food courts or hawker centres. In some restaurants, Kimchi is served as appetisers free of charge so long as you are a paying customer there. Restaurants like Yoogane, Kimchi Korean Restaurant, and Seoul Yummy provide this crunchy and pungent pickled cabbage dish free flow when you dine there. Next time you have an insatiable craving for Kimchi and other yummy Korean food, be sure to drop by these restaurants.

Another well-loved Korean dish among Singaporeans is Bibimbap. Bimbimbap is a white rice dish served with a variety of seasoned vegetables, meat, eggs, sesame oil and chili paste. Vegetables that are usually found in the dish include bean sprouts, spinach, radish, cucumber, and zucchini. Beef is most commonly found in Bibimbap but chicken, pork or seafood can also be substituted as the meat ingredient in it.

With a good mix of ingredients found in the dish, Bibimbap is a wholesome, filling and visually appealing dish. The egg (either cooked or raw) is usually ceremoniously placed at the centre of the bowl on top of hot white rice with the meat and vegetables lay around it to create a very colourful dish. The method to enjoy this tasty dish is to stir and mix the ingredients in it thoroughly before you put the first spoonful into your mouth.

One of the best places to eat cheap and good Bibimbap is at Kopitiam foodcourts. For instance, the one at Suntec City served an entire bowl of delicious Bibimbap for only around $6. Alternatively, you can swing by any one of the many Paik’s Bibimbap outlets in Singapore (the Korean restaurant with the same namesake) a variety of yummy Bibimbap (their signature dish) from Beef Bulgogi Bibimbap to Teriyaki Bibimbap are on the menu at under $10.

From one bap to the next, Kimbap is the Korean equivalent of the Japanese sushi and is made up of a mixture of fillings including carrots, cucumbers, spinach, sausages, tuna, ham, beef and fried eggs wrapped with laver or what we popularly know as seaweed.

Just like the Japanese sushi, Singaporeans absolutely dig Kimbap. Humble as these rice rolls may look, they are a favourite among many Singaporeans, kids and adults alike who are won over by how healthily delicious and addictive they are.

An evergreen item in Korean restaurants, chomp on a wide variety of scrumptious Kimbap in buffets when you visit Korean buffet restaurants like Seoul Garden, K Cook, and Ssikkek Korean Grill BBQ and you will most certainly get your money’s worth and a satisfied stomach.

Tteok-bokki is a traditional Korean snack made by steaming powdered rice with other grains to form cylindrically shaped sticky cakes. Its consistency and texture are similar to our Mee Hoo Kueh (handmade noodles) just that it is thicker and chewier than our famous local hawker fare.

Tteok-bokki is a favourite food item among many children and adult locals here in Singapore who love chomping on all things soft and starchy. Good eateries to drop by for your Tteok-bokki include Dookki that regularly serves up buffets with Tteok-bokki and other famous Korean food items. Choose from as many as eight varieties of Tteok-bokki from the original to sweet potato to cheese ones and enjoy them together with diverse condiments available in the buffet as well. Or perhaps, you will like Jinjja Chicken’s take on Tteok-bokki. Shaped into strips resembling French fries, the Tteok-bokki are deep fried to perfection and served with a savoury-spicy sauce for that extra oomph.

But if you are craving to have your Tteok-bokki right now, you can buy them from a supermarket nearby. These Korean rice cakes are available for sale pre-packed, in flat or cylindrical shapes, dried or frozen, in supermarkets like NTUC Fairprice, Sheng Shiong, Giant and Cold Storage.

Dak-galbi, a speciality of the Chuncheon province in South Korea is a dish composed of large chunks of marinated chicken stir-fried with green cabbage, carrots, onions, sweet potatoes, perilla leaves, rice cakes, cooking wine, peppers, soy sauce and other ingredients. It is often served with fried rice to complete the dish and make it an even more satisfying meal.

Here’s a piece of trivia. Though the word Dak-galbi means chicken and rib in Korean, the Dak-galbi dish normally does not contain chicken ribs but rather boneless pieces of chicken. Combining two of Singaporeans’ favourite ingredients, chicken, and spices, Dak-galbi is a hit among many locals.

Adding and mixing Dak-galbi with cheese is a very popular way to eat the dish in Singapore. Yoogane and Big Mama Korean Restaurant are two of the best places to feast on Dak-galbi, especially the former which is renowned for its stir-fried spicy Dak-galbi marinated with the specially-blended Yoogane sauce with the option to add cheese into the dish. If you are salivating now, head to your favourite Korean restaurant to savour this delectable dish soon!

Seoul Are You A Convert?

Many food experts have cited Korean cuisines as among the healthiest in the world, not to mention one of the most well-received, aesthetically pleasing and delicious. Are you a Kimchi addict? So which Korean dish or dishes suit your palate most? Tell us more in the comments section below.

Want to check more food and dining deals? Head over to ShopBack, get your yummy food and earn up  Cashback on your orders from Foodpanda and many other food delivery merchants.