Google Stadia and Apple Arcade: Which Gaming Service to Choose? The gaming industry has been shaken up in the past two months with the introduction of 2 tech giants to the scene. Google and Apple, both with little to no presence in the gaming landscape previously, are now wetting their feet with the introduction of two new innovative gaming services. Google Stadia and Apple Arcade are touted to change the way we play games, but will they catch on?

What is Google Stadia and Apple Arcade?

The Google Stadia and Apple Arcade are vastly different types of services and comparing them both would be like comparing between Apple and… well, Google. Both services have their own unique market and selling points. “One place for all the ways we play” – Phil Harrison, Google VP & GM

Debuting to the public on the 19th of March at the Games Developers Conference (GDC) 2019, Google wowed the entire audience with the introduction of the Stadia. A cloud gaming service set to change the way people play and interact with games. The Stadia announcement promised a whole list of features that had the entire gaming industry buzzing.

Google Stadia wants to bring games to everyone, everywhere. Be it from your PC, console, tablet, television or even your phone, the Stadia promises to deliver games to you via either Google Chrome or Youtube. The example given at GDC 2019 was that if you were watching the Assassin’s Creed Odyssey game trailer on Youtube, you could simply click the Stadia integrated “Play Now” button and launch into the game, from any Chrome capable device.

Unfortunately, the Stadia will be launched only in U.S, U.K, Europe and Canada with no information or plans for the Asia market.

Check out their full announcement video for the complete picture or a 5 mins summarized video. 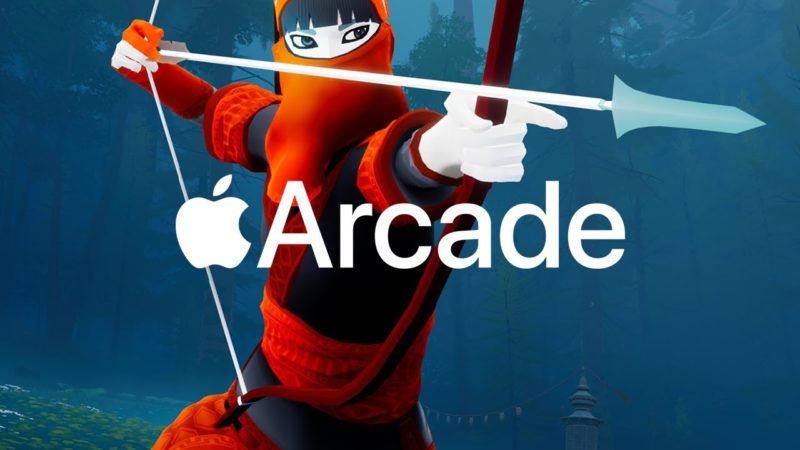 Less than a week after Stadia’s announcement, Apple announced the Apple Arcade. Presented as a gaming subscription service, the Apple Arcade promises to bring the best of the App Store to you for a monthly fee. It will also introduce a host of 100 new games from renowned creators like Hironobu Sakaguchi, Ken Wong, Will Wright and many more, exclusive only to the Apple Arcade.

Anyone that has ever used Netflix or Xbox Game Pass will be very familiar to this service. Essentially, users will be able to try out and play any games on the App Store, with no annoying ads or additional purchases from their iPhone, iPad, Mac and Apple TV for a monthly fee.

The Apple Arcade will be available to 150+ countries, and, yes, it will make it to Singapore on launch.

Watch the Apple Arcade announcement video and a clip of the creators working with Apple Arcade.

Google Stadia is an exceptionally ambitious project, something that consumers have come to expect of Google. The service promises many great features like playing and streaming at 4K or playing games on any device you have. And that is amazing if it works.

The Stadia requires you to be online all the time. Instead of using hardware available to the user, the Stadia server computes and process all the data before sending it to your device through one of their data centres. You would require a stable and fast enough connection to ensure no lag or interruption in the gameplay. Any drop in latency and you will likely see a great amount of compression in the graphics, something that most testers at the GDC 2019 experienced.

How consumers pay for games or the service is yet another question. There is currently no information about the pricing. Sceptical as we may be about most of the promises Google Stadia offers, we are extremely hopeful for it. If anyone can pull this off, it will be Google. On the other side of the fence, we have Apple Arcade. If you do not currently own any Apple product nor have plans to purchase one, this entire section will be irrelevant to you. The Apple Arcade is only available on the iPhone, iPad, Mac and Apple TV.

The service is widely regarded as a “Netflix like” product for Apple. Apart from the ability to play any and every game available on the Arcade for a monthly fee, users are also able to download and play them offline, a very convenient factor for many, especially frequent flyers.

What caught our eyes, however, was Apple’s decision to create games for the Arcade rather than to just re-shelf what’s currently available.

In their announcement, Apple emphasised on how the Apple Arcade games will feature strong storytelling and design, pushing it “further than ever before.” Currently, they have an extremely strong line-up of developers they are working with like Disney, Sega, Konami, Lego, Klei and Blowfish amongst many others. If you currently own an iPhone, expect your gaming experience to level up.

Overall, both tech giants offer great sounding services, whether they will pull it off and leave consumers happy or spawn multitudes of Youtube “Why Stadia/Apple Arcade failed” videos, will be left for us to see in the very near future.