Home > Lifestyle > Go-Jek: What You Need to Know About This $5 Billion Ride-Hailing App
Lifestyle

Go-Jek: What You Need to Know About This $5 Billion Ride-Hailing App 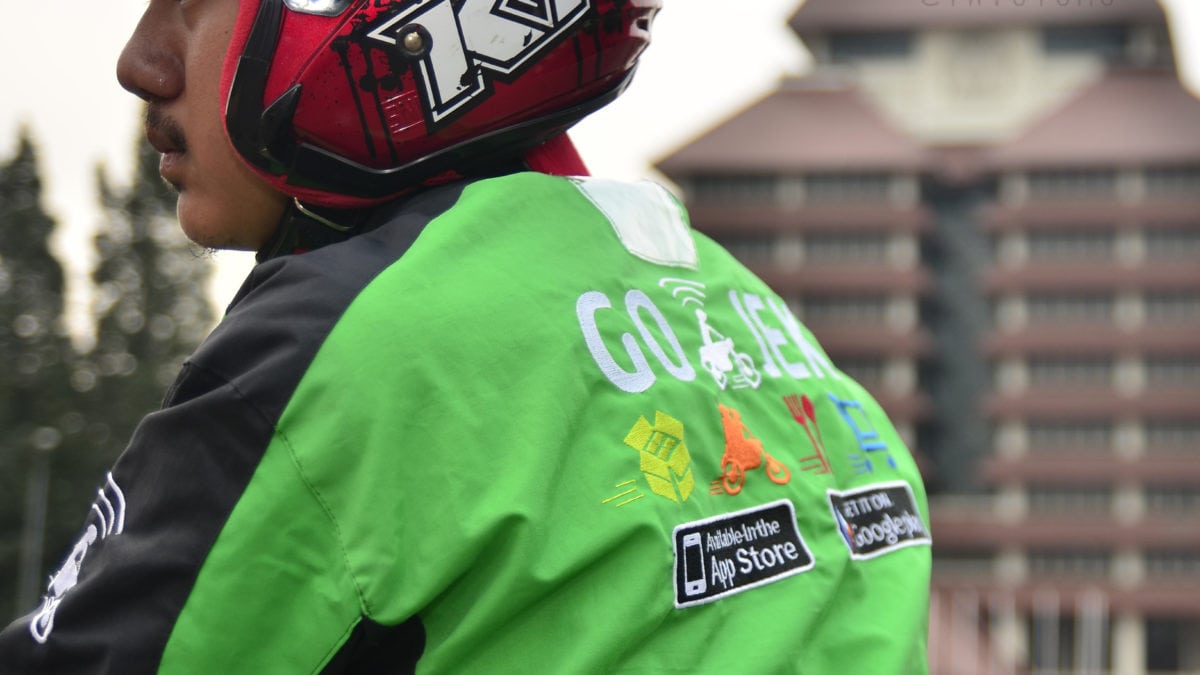 Valued at $5 billion with an accompanying fleet of over 1 million drivers, Go-Jek, the (similarly) green labelled ride-hailing company based in Indonesia is due to set foot into Singapore’s fiercely-fought out transportation industry. Here’s how they might rival the existing players.

What Exactly is Go-Jek?

Scarcely known to those who aren’t native to Indonesia, Go-Jek is the wordplay on the Bahasa term of taxi bike, ojek.  But it was never always the behemoth of the ride-hailing industry as it stands today.

In fact, Go-Jek was first established as a call-centre for customers to get ojek rides, with a mere 20 drivers in-house who later became the recruiters themselves. Through the word of mouth, the company grew organically for the next 4 years before CEO Makarim went full steam ahead with the growth of Go-Jek.

In 2015, Go-Jek became the most popular free app on mobile across Indonesia. In the same year, Go-Food was launched, Go-Jek’s food delivery arm.

In 2016, Go-Jek concluded their second largest scale of funding, amounting up to $550 million. Later in 2016, they also entered the FinTech space with Go-Pay, an e-wallet that can be used to pay for a multitude of services.

In 2017, Go-Life was conceived –  a completely separate app that entails a whole myriad of lifestyle services. At this point, Go-Jek was well past the single-verticle business it began with and held a value of US$2.5 billion.

What It Means for Consumers in Singapore

While nothing is set in stone yet, the announcement certainly peaked interests within the Singaporean community who are already familiar with their signature service, and the possibility of it being implemented in Singapore. Reason? A mode of transport via motorbikes might just entail cheaper fares. The Land Transport Authority (LTA) soon dismissed the rumours indicating that motorcycles are not allowed to be used for point-to-point transport services.

Despite that, speculation has it that Go-Jek is looking to roll out its Go-Car service in view of its impending arrival in Singapore. Singaporean users-to-be can expect a plethora of the company’s services to be rolled out in time to come, and the game of variety is something that existing players of the online ride-hailing industry have yet to delve into. Such services if rolled out, would be the first of its kind to debut in Singapore. Amongst the prevalent e-services that we’re already familiar with, such as the various forms of e-wallets, Go-Jek also overarches Go-Life: a spectrum of concierge services that include massage, cleaning, automobile servicing, and beauty services, made available right at your doorstep.

The arrival of a rather sizeable competitor like Go-Jek may bring about yet another price war between ride-hailing applications. Being no stranger to the price-war between Uber and Grab previously, apart from the hassle of checking prices between apps, there is more to gain than lose. Also observed from previous entries of such competitors, firms would usually battle it out fiercely to gain market share – flooding the consumer base with promo codes and big discounts, and incentivizing drivers with lucrative rewards.

The Road Ahead: more ride-hailing services to use

In spite of Uber’s merger, the race for a slice of the market share is far from ceasing. In the meantime, consumers like us can attempt to save a dime or two on ride-hailing with the following ride services:

While we can’t guarantee a cheaper fare merely because of the existential price war, current players in the industry are implementing strategies of their own to edge out competitors. Ryde, for example, is looking to roll out dynamic pricing (fixed price) instead of the conventional metered fare for taxis on board with RydeX. Similarly, other players keep releasing various features and promotions to bring the best service to the users. Such measures are pivotal to stay relevant in this unprecedented change in the transport industry.

It is always exciting for an established firm to enter the market, a threat of competition is always preferred within an industry when it comes to a consumer’s standpoint: simply which ride-hailing app provides a more competitive price point. Variety might just be the name of the game as Go-Life gets introduced to this uncharted region. While the difference in the traffic landscape translates to the inability to capitalize on the motorbike-hailing aspect of Go-Jek, Singapore has largely mainstreamed the four-wheels mean of transport as the conventional method of hailing a ride. All in all, Go-Jek’s arrival is a welcomed one in this industry.

How often do you use ride-hailing services?