Home > Lifestyle > Foodpanda: The Facebook Of Food Delivery? Reasons for its Meteoric Rise 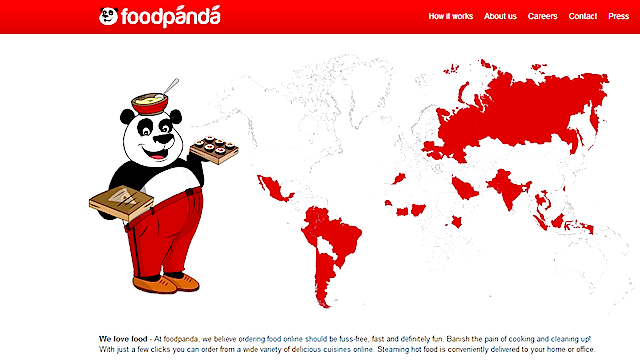 Foodpanda: The Facebook Of Food Delivery? Reasons for its Meteoric Rise

foodpanda, a global online food delivery company founded in Singapore and headquartered in Berlin, Germany just made waves in a Channel NewsAsia article. The young start up (barely 3 years old) had managed to secured an additional US$100 million funding led by investors Goldman Sach, hot on the heels of the US$110 million funding secured less than 2 months ago. The company, since its inception in 2013, has managed to raise US$310 million in investment in expansion and growth. foodpanda has successfully bucked the trend of startups floundering in the first few years. Within 3 years, foodpanda has grown from a humble beginning in Germany to 36 countries in four continents and has more than 22 000 restaurants registered under them. How does foodpanda manage to do this and have investors practically throwing in money at them?

Known as foodpanda (in Asia and Europe) and hellofood (in Latin America, Middle East and Africa), foodpanda operates as an online food delivery system where potential customers browse through the hundreds of online menus on their portals and place food orders through foodpanda. Thus, foodpanda acts like a middleman and obtains commission from restaurants for every successful order. Food will then be delivered to the customer. Hence, what foodpanda does is to help merchants reach out to a wider target audience. With its rapid expansion, what we want to know is their secret recipe to achieving this success. Here are possible reasons that may be contributing factors.

We all know that setting up a business from scratch is tough work. You have to set up operations, source for potential clients etc. How we wish that there was a straight up manual that allows us to do it in a fast and convenient way. Well, foodpanda managed to cheat a little (well, sort of). E- commerce companies like foodpanda are highly dependent on economies of scale. This means that foodpanda is only able to make a small commission off every successful online food delivery and thus requires a huge volume of transactions to make a profit. The more deliveries they make, the higher the profits they rake in.  The thing is, how do you increase deliveries?

One way is to increase the number of restaurant merchants so that customers will have a wider selection of food choices. However, one major obstacle is the presence of competitors who similarly want to increase their economies of scale by recruiting more restaurants. This is where foodpanda managed to up their game. With the funding they lobbied from investors, foodpanda acquired several of their competitors. This allows foodpanda to skip the hassle of sourcing for new clients and  gain ready access to to a new database of restaurants to add to their growing merchant list, making them unbeatable in terms of the variety of restaurants they have under their belt. With more food choices come more customers.

Some of the food companies foodpanda acquired include: 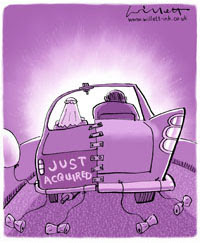 That is a smart move, foodpanda.

When one looks at the way foodpanda expands, one will realise there is a common trend in terms of the type of countries they choose to focus on – they are all DEVELOPING countries. Unlike their competitors who chose to expand towards the more developed and internet connected countries of Western Europe, foodpanda chose the route that no one dared to go. They set sights on the potential growth of the developing markets. So far, they have presence in the Balkans, Latin America, Middle East and SouthEast Asia.

According to the 2014 report by International Telecommunications Union (ITU), it was predicted that there would be 3 billion internet users by the end of 2004, with more than half of the users coming from the developing world. Out of the 2.3 billion mobile-broadband subscription yearly, 55 percent of the subscriptions are also contributed by the developing world. With the engine of growth situated in those developing communities, it is no wonder foodpanda chose to bank its resources into those places in the hope of higher revenues. With a fast growing population and a rising middle class, foodpanda hopes to leverage on their early entry to gain loyalty and trust of their customers. With a highly advance food delivery online system, they are expected to remain at the top of their games for some time until the local companies catch up.

Granted, there are sets of challenges faced such as the inadequate condition of the roads, making it difficult for delivery drivers to deliver to more isolated places; and ambiguous addresses that makes it challenging for drivers to track the orders to the desired location. Internet connection and online payment methods may not be as reliable. But as foodpanda co-founder stated once in an interview, “ The most important priority is always to keep a mentality that is execution-focused, before, during and after expansion.” 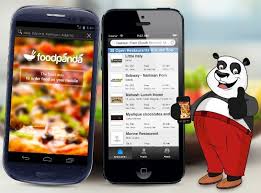 The food industry is slowly shifting from a physical presence to an online one. With almost everyone carrying a smartphone, it made sense for foodpanda to launch an online mobile application where people could order their food anytime and anywhere. The app was launched in 2013, with foodpanda being one of the pioneer leading online food delivery companies to have a mobile app. In many regions, people were using their mobile phones more often than computers. A quick check on itunes and playstore showed foodpanda ranking as one of the top food delivery apps in Singapore. No doubt that the convenience of having foodpanda anywhere on the go contributed to increased sales.

This is how foodpanda is fast on track to becoming the Facebook of online food delivery.

Foodpanda offers discounts in the form of foodpanda coupons. Just type out the coupon code on the foodpanda website before placing your order! Maximise your savings through ShopBack Singapore where we offer cashback stacked on top of foodpanda discount vouchers!

Hui Min spends time in the office daydreaming about nice trench coats, ballet shoes, disney princes and fantastic getaways. She loves the ocean but hates the beach and is interested in all things related to fashion, beauty and travel.