Embrace These 50 Uniquely Local Slangs To Channel Your Inner Singaporean

Singaporeans are unique in our own ways, one of them being Singlish. We speak in English but pepper our sentences with Mandarin AND Hokkien. “Eh today you free, 看电影 ai mai?” Translation: If you’re free today, wanna watch a movie? Though it doesn’t mean we can’t construct correct, complete sentences in English, we’re proud of this Singlish that we picked up from when we were young. That’s what sets us apart from other countries, making us so uniquely Singapore.

To celebrate SG50, here are 50 common, must-know words to learn if you’re new to Singlish, or to be proud of if you are Singaporean!

The ah beng and old school way of asking someone to be your girlfriend.

You didn’t invite me. Used when you don’t understand something.

“Teacher talk until so much, but I still catch no balls leh…”

Hokkien term meaning something is profound or deep or intellectual.

“Dowan lah, I dowan to eat mcdonalds today can?”

Taxi uncle: “Walao the gahmen keep raising ERP, how they expect us to keep up? This gahmen ah…”

A situation or person beyond help.

“We wanted to help him but I think he gone case already.”

Cantonese for “being nervous” or “uptight”.

“Our exam is only next week, don’t so kan chiong can?!” 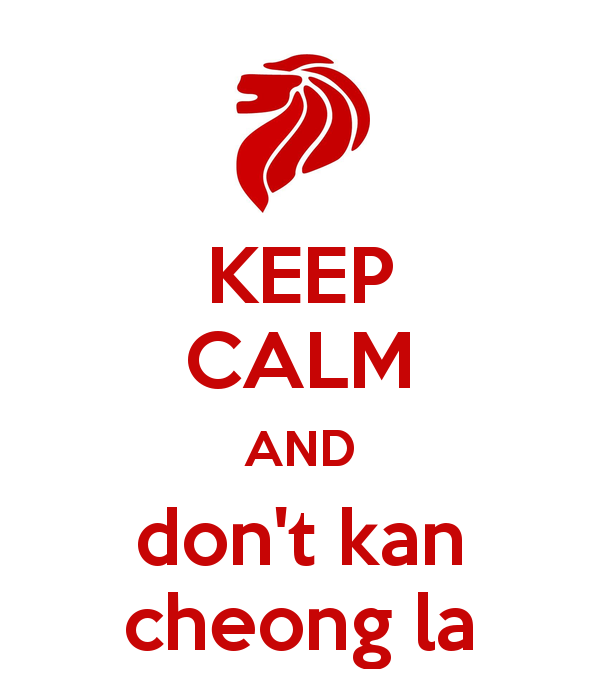 It basically means someone who is very kan chiong.

To steal something trifle.

“Wow, where did you kope this keychain from?”

“Oh, James’ English is quite good because he jiak kantang one.” 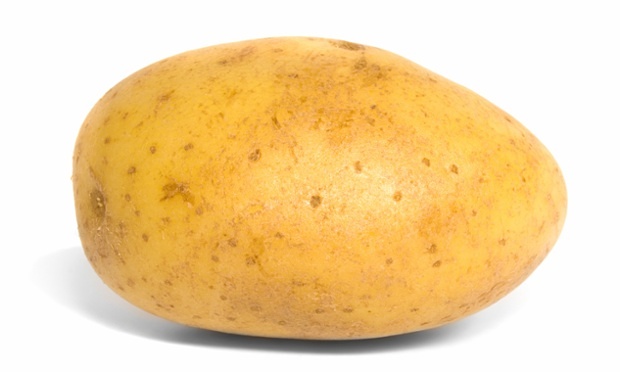 Used to describe a bad situation.

“He got caught for peeping into the girls toilet? Wah, jialat liao.” 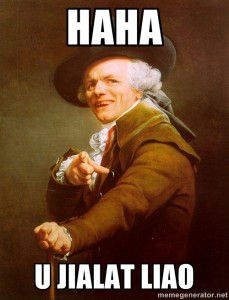 “He this type of person can get such a high paying job? Kannasai!”

“Why are you so kaypoh? Stop poking your nose into my business leh.”

“You went to queue for the free burgers at 2am?! So kiasu!”

Hokkien phrase for “blur” or “stupid”.

“How come you so kum gong until you really believe he was telling the truth?”

“This Friday I need to OT until 11pm, Saturday I still need to work until 5pm, lagi best!”

An exclamation at the end of the sentence, but pronounced differently if it’s a question.

“I was using my laptop lah.”

Similar to “lah”. Used to emphasise the sentence.

“Wah, you were studying leh.”

“The food from this stall tastes so bad, macam eating grass sia.”

“Eh, he used to study in one of the Ivy Leagues. Mai siao siao!” A singlish tag accompanying a question. “He studies in Ngee Ann meh?”

Denotes that someone is a mountain tortoise.

Embarrassingly out of fashion.

“Check out her style, quite obiang hor.”

“Who ask you so careless that you misplaced your camera. Or bi good!”

“Pai seh lah, I forgot to remind you to bring your calculator for exam only what.” A deliberate misspelling of “powerful”. (We don’t know how or why this word came about in the first place…)

A deliberate misspelling of “relax”a.

“Relac one corner lah, exam next week what!”

An expression of satisfaction.

“He paid for her buffet dinner, that’s why she ate until so shiok.”

“Ji pua” means “by half” in Hokkien, so if you put the words together, the phrase means “boring by half”. Which, essentially, means extremely boring.

“Sian jit pua, I thought their concert would be more exciting than this!” 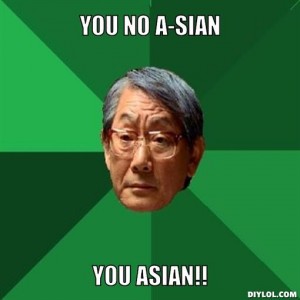 Someone who’s extremely enthusiastic or hardworking.

“Alec is a very siao on guy – regardless what he does in life, he gives it his all.”

A Hokkien exclamation used when something has gone horribly wrong.

“Siao liao!! I forgot to accept the job offer from half a year ago!” 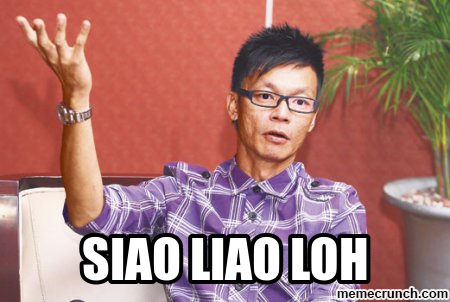 “I’m sure you know how to use the internet. You’re not so sua ku, are you?”

You definitely can do it.

“Scoring straight A’s isn’t difficult for Asians. Sure can one!”

“That boy’s actions are a little toot sometimes.”

Describing something irritating about someone.

“She has this aura around her that irritates me. Sometimes she can be very what one!!”

A frustrated exclamation for “what the heck”.

Wake up your idea

Popularly used in the army, it means get your sh*t together.

“You want to be a billionaire overnight? Wake up your idea lah!”

“What are you talking about?”

A disgrace or embarrassment.

“Eh stay away from me later. Don’t xia suay me with your stupid jokes.”

“He got promoted to CEO in such a short while so he can yaya papaya mah!”

Mild curse used when someone makes an incorrect assumption.

“Are you sure she won the beauty pageant? Your head lah!”

To be super good at something.

“Wow, I thought you are quite zai in the art of talking nonsense?”

The ah lian way of ending a word or phrase with “zxsc”, just so it looks cute. (Nah, we’re kidding! This is just for laughs.)

And if you aren’t local, don’t worry – sometimes we still learn more Singlish as we grow older. If you really love Singlish, HipVan has lots of products with Singlish plastered all over them, like this tote bag with toilet paper on it. Click here to check out the rest of the items – remember, you get cashback if you use ShopBack! 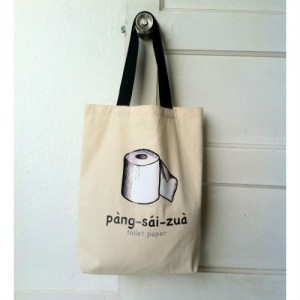 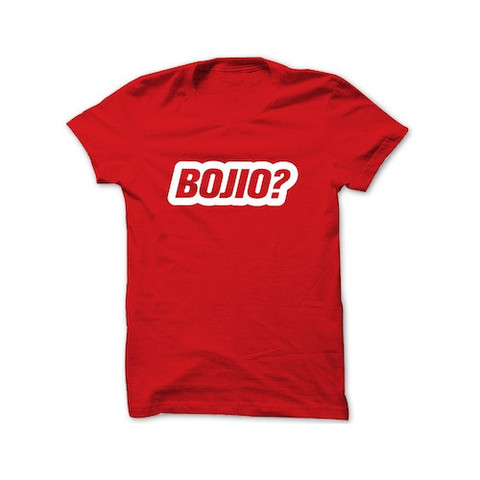 Let us know on our Facebook page – what are some other Singlish phrases that Singaporeans affectionately utilise?

Fun-sized but feisty, Ying Ying is on a quest to pass the beauty of classical music on to others. Strip away the classical music jargon, she’s a freelance writer and a huge kopi lover.