Home > Lifestyle > Board Games’ Myths And Rules You Can Use To Win Every Time
Features, Lifestyle

Board games. We’ve all played them in one form or another. Monopoly, Jenga, 4 in a row and too many to list. Yet while we’ve all gotten better at playing these games and getting familiar with the rules, there are instances where we play with someone who knows the game so well or some obscure rule that turns things completely around for them. Then, there are those times where arguments break out completely about the rules, misunderstandings or outright myths.

These are some board games’ myths and rules that you probably didn’t know about.

Learn these and beat everyone else at the games

Similar to how players can bid on the assets of bankrupt players, a property that is unwanted by the player who lands on it goes to auction with the banker finally closing it out with the highest bidder. This is a surprising rule to many players and it completely changes how games are played.

There are actually only so many houses and hotels that you are allowed to build. Once you hit that limit, all players cannot build anymore.

Contrary to the widespread belief that you can borrow money from the bank, you can actually only facilitate loans through a mortgage of a property you own. 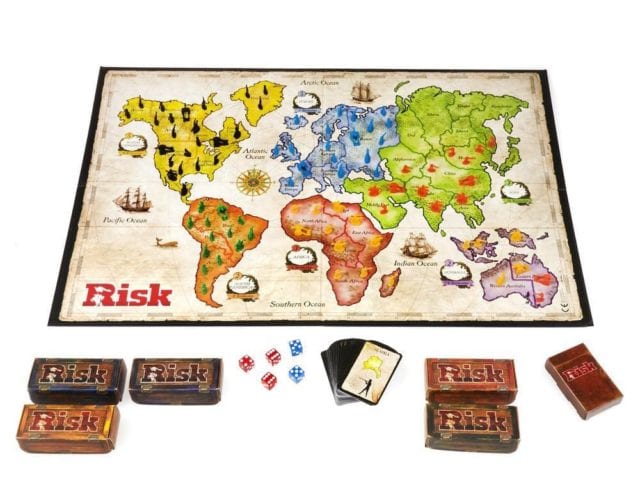 RISK is a game that I played a lot as a child. Even if I didn’t understand the rules properly, it was still loads of fun to build up enough armies to compete with my brothers for total world domination. Here are some alternative game modes and rules you can apply if you find that everyone is starting to use the same strategies.

One the most common and annoying strategies in RISK is to quickly gain control over one continent early game and using the bonus armies granted to blitz nearby continents. This rule, however, changes the way continents are controlled and seized.

Once control of a continent has been established, players must leave one border territory open to invasion. The victory condition in this mode is decided when a player has captured more than half the territories on the board or if a player has seized the majority of a set number of continents to discourage a snowball effect and allow players a fighting chance.

The sheer number of armies that a player can build up in a territory can get a little absurd. All those physical pieces needed takes up a lot of space and its common to see masses of armies placed at sea instead. This isn’t fun for the defending player as that huge mass can easily steamroll across the entire board in a short number of turns.

So instead, implementing a soft cap on the number of armies you can have in a continent at any time and forcing excess troops into a “reserve” can help keep the game more balanced and allow weaker players some time to defend. The reserve forces will instead replenish weakened armies at the start of that player’s turn.

Similar to the reserve forces rule, to prevent domination from players who seize continents early, a hard cap on the number of armies you can control was placed. This limit would increase each time you captured territory but the cap will be raised conservatively.

This still allowed players who conquered continents to feel like they are rewarded with something and weaker players to not feel so hopelessly outclassed whenever they lost a continent battle.

A timeless classic, Scrabble has long been the game for house parties, waiting rooms and to demonstrate your grammatical and linguistic superiority over your fellows.

It’s also a game of broken alliances, backstabbing and outright rage where you can completely shutout opponents if played right. Here are some strategies you can use to annoy or outright piss off your friends although, if you are interested in retaining those friends, use these strategies sparingly.

Conventional strategies have you maximizing the total number of points you can earn. What if instead, your entire strategy revolves around limiting your opponent’s ability to earn points? How do you do so? Shut them out.

Block the squares that you know they want and leave them without any openings to build into a double or triple word. Take any openings even if it only offers a lousy word for you. Eventually, if things go your way, you can win by sheer attrition and also induce rage in your opponents.

I’ve played some games before at some house parties and there is always that one guy who takes any opening they can and shut it down with a two or three letter word. While I feel there is a special place in hell for those people, it is a viable strategy if your desire is to be the biggest jerk and kill the game, this can quickly do it if you are able to shut out with every free square with letters and stop players from branching out.

This handy online tool helps you to find words and even cheat your way to victory. If you are playing in person though, this can be hard to pull off as eventually you might be challenged by another player as to why you are constantly looking at your phone before your turn. 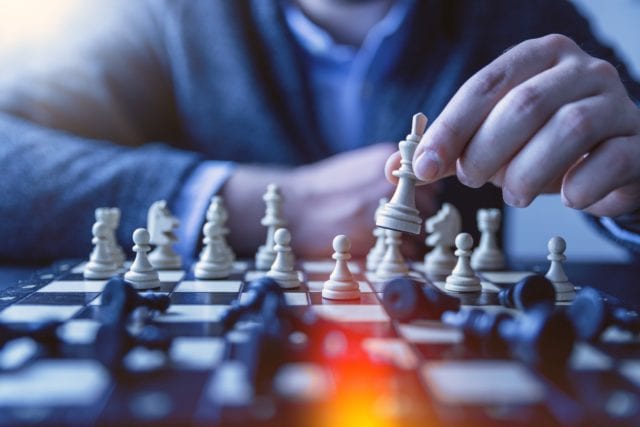 Want to take your game to another level? Chess is a game about memory, reading your opponent and prediction. The number of patterns, moves and what your opponent can do makes you choose what you can or can not do.

Using this strategy, you can utterly humiliate an opponent by winning in two moves. While the win condition requires that your opponent is white and moves his F pawn foolishly, if you manage to pull it off, it will be something that both you and your opponent have engraved into your memory. This move is called Fool’s Mate and many new players fall afoul of this. Veteran players always teach new players never to foolishly push their F pawn and this is exactly why.

A variation of Fool’s Mate is Scholar’s Mate where you can win the game in four moves instead of two. Again, a specific win condition is required. Most chess players have fallen for this move and are, therefore, well known amongst veteran players. Knowing how it works and how it is set up can allow you to easily fall foul of this fate.

There are other well-known strategies such as From’s Gambit and Legal’s Trap more which can handily win games for you. Recognizing how to set up win conditions and checkmate patterns is the best way to reliably win chess games.

Even though we play games for fun, winning always feels good. Plan a game night with friends and put these tips and tricks to good use.

Let us know what are your favourite board games on the comments below! (We won’t ask you to tell us your secret game moves.)