Best Ryokans in Tokyo For A Truly Japanese Experience Under $160

One of the best ways to experience Japan is to stay in a ryokan. A ryokan is a traditional Japanese inn that also offers traditional Japanese cuisine, usually included in the package price of the room. These meals are prepared according to an exacting standard and many Ryokans pride themselves on the quality of their food. Some Ryokans even have onsens or Japanese hot springs which allows for a truly wonderful experience.

While some ryokans have stuck true to their roots, others have modernised themselves with added benefits such as WiFi.

We have found some of the best ryokans in Tokyo and at a reasonable price as well! Read on to find out more!

Located in the Kanto region of Tokyo, Ryokan Asakusa Shigetsu is a 6-storey ryokan which has 28 Japanese and Western style guest rooms.

This ryokan also has shared Japanese “hinoki” (cypress) baths which are gender segregated. The baths are a highlight of this ryokan, with many reviewers going to enjoy the beautiful views of the Asakusa district from the baths. There is also a restaurant called Hozuki which serves traditional Japanese cuisine.

Price: From SGD$95 per night on Hotels.com 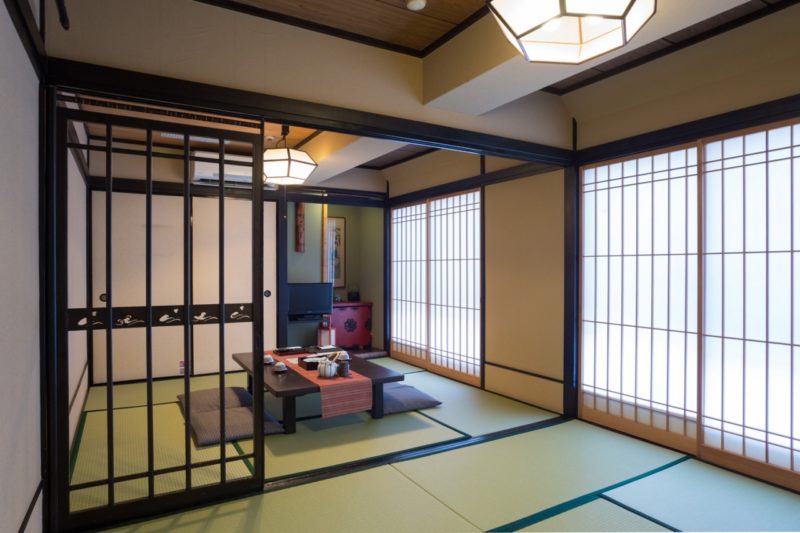 Located in the Asakusa district of Tokyo, walking into this beautifully decorated and maintained modern ryokan is like stepping back in time to the Edo period. The lobby, hallways and dining area are all decorated with Ukiyoe art and antiques from the Edo period.

All 20 Japanese-style rooms in this four-storey ryokan are also decorated with antiques and woodblock paintings. Each guest room at Sadachiyo also has its own private toilet and bath.

There are also 2 gorgeous shared baths for the guests — one made of Japanese cypress and another made of black granite. The Ryokan is a mere 3-minute walk from Exit 1 of the Asakusa Train Station on the Tsukuba Express Line. Guests here can look forward to sleeping in Japanese style futons on a traditional “tatami” floor mat.

Price: From SGD$125 per night on Agoda

Each room comes with an en-suite bath, free WiFi access and a TV. The in-house 24-hour communal family-sized wooden bath can also be booked for private use if you’re not comfortable with the idea of sharing it with other guests. The optional breakfast is a choice between Japanese or Western, while full meals can be ordered from the ryokan’s restaurant located next door.

Price: From SGD$148 per night on Expedia

Located in what was once a private residence in a quiet Tsukiji neighbourhood, Daisou has only two guest rooms. The house exudes a retro charm, with its tiled bathroom sinks and exquisitely carved figures on the shoji sliding windows.

It is conveniently located near the famous Tsukiji wholesale market as well as the Ginza district.

Price: From SGD$66 per night Nestled in the heart of Ueno, The Edo Sakura is an ideal spot to discover Tokyo. The Edo Sakura Hotel has been meticulously designed to transport its guests back to the time of the samurai. A stay here is a cultural experience in itself, with tea ceremony events being hosted as a sign of true Japanese hospitality.

This inn is just one subway stop from Ueno Station and is in the vicinity of popular city attractions such as Tokyo National Museum, National Museum of Nature and Science, Amusement Park and the Tokyo city centre. Recent reviews from guests praise its outstanding service, great location, cleanliness and beauty of this modern ryokan.