Best Party Games to Play With Friends Over Dinner 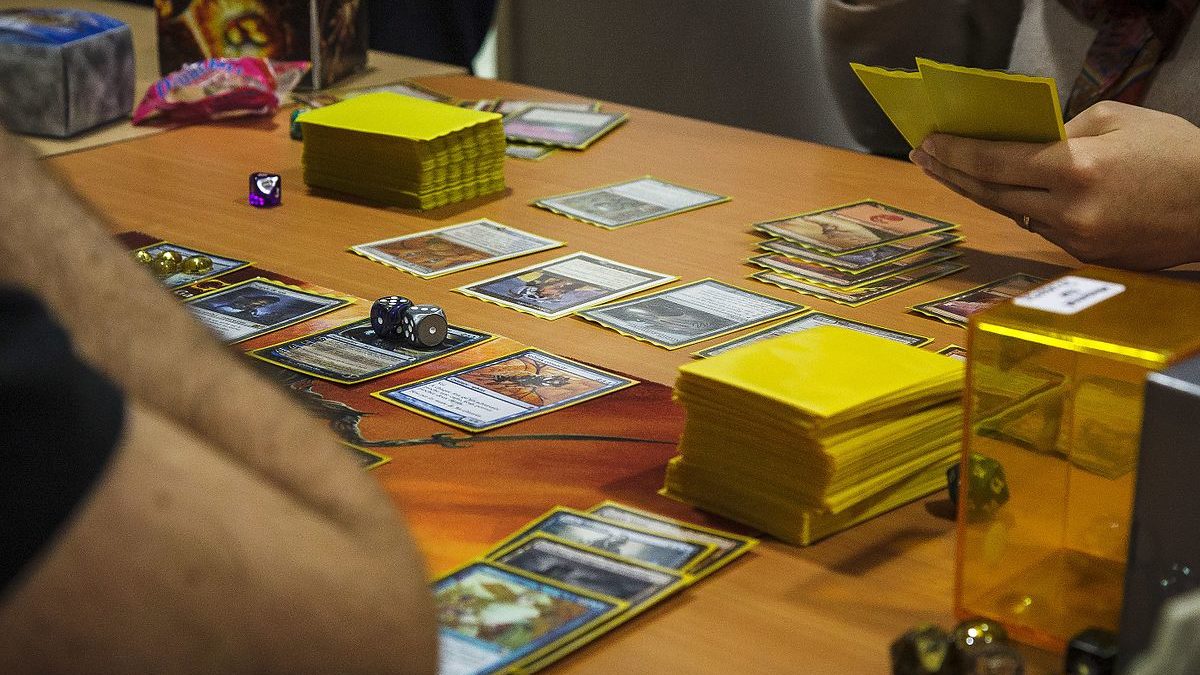 Did it ever happen to you that when you go over to friends’ for dinner you end up doing the same old boring stuff and talking about the same topics? Sometimes all you need is a new group game to liven up everybody’s mood. To help you with that, here is a list of the best party games you need to run a night in full of fun! (Hint: best done with drinks!)

Psych is an online mobile game, download from your app store for both Android and Apple users. In the front page, you will need to take a photo of your “Psych Face”. The way to Psych someone is when the game comes out with a question, everyone will have an amount of time to answer in their own words on their phone. After everyone submits their answer, it will come out in a list where everyone has to pick the correct one out of the bunch. You are not able to pick your own answer but when you do pick the wrong one the game will pop up the “Psych Face” of the person who Psyched you.

You get points by the number of people you trick and the right answers you choose. There are a couple of categories for this game so the game doesn’t get stale quickly. A group of more than 4 people would be ideal to enjoy Psych.

Another online mobile game, Spyfall doesn’t actually require you to download an app. There are a couple of servers online that caters to the game, one of it is Crabhat. You will go to the Crabhat website and search Spyfall to get into the server. After going onto the page you will have to key in room number/ alphabets for everyone to join the same game.

It continues with all players typing in their name so that the game could list everyone in and pick a spy and also who to begin the game. The spy will have to guess the Destination that everyone is being sorted in to win the game, everyone else has to figure out who the spy is and also try to divert the spy from finding out the right location. The game would be best played by 5 or more players.

3. What Do You Meme card game

What Do You Meme is a card game with a series of flashcards. Basically, you compete to see who can create the funniest caption to pair with the flashcard Memes. Memes are funny images that millennials started coming up with for the past 8 to 9 years now.

The game can go on until the person with the most flashcards win. You can get the card game online that consists of 360 caption cards and 75 Meme cards. If you think the game is repetitive after playing with the same cards, they offer online expansion packs of different Meme genres. The game costs not more than 40$.

Drunk Stoned or Stupid is an adult card game, preferably played by more than 5 people. Everyone will take turns to pull out a card from the deck, there will be descriptions of people that may or may not resemble someone in the group that you are playing with. The card is then given to the person if it is agreed among the group, but the person who pulled out the card will be the judge to finalize the decision.

Whoever among the group gets more than 7 cards will be deemed the loser, but that rule can be altered to however many you want. It is to be played by adults because of certain vulgarity in the cards and sexual-related humour.

Cards Against Humanity is the most popular among the group games nowadays. There are cards from different regions like USA and UK, so depending on which region you are more familiar with is the one we recommend you to get. You can get the box of cards online and also expansion packs.

It is a simple game with 2 decks of cards, one for answering questions and one for questions. The idea is each person to draw 7 cards and there will be a deck of question cards in the middle for you to answer, try to be as funny as possible! Whoever gets the most cards win in the end. Cards Against Humanity creators even gave an option on their website to download their cards for free!

5 Second Rule game is very nerve wrecking and keeps you on your toes all the way through! But it tests out your ability to think quickly and working under pressure of time. Basically, you buy this box of the game that comes with a timer and a deck of cards.

On the cards, there will be questions asking you to name things of all sorts within 5 seconds. Things can go as random as name 3 grocery stores in America or name 3 things you see in a kitchen! The person who earns the most cards out of the pile wins! There are flip sides to the deck of cards so if you want round 2 you could just check the other side.

It would be a sin to leave Charades out of this list. You could play it the plain-vanilla way and just get your friends to guess which Hollywood celebrity you’re impersonating, or spice things up otherwise. To simplify it, you can actually DIY your own set of Charade cards with either words or phrases that are mostly known to the group of people you are going to play with. This timeless game needs no explanation and is oftentimes the savior to a gathering turning cold.

The players are split into groups of 2, best played with 6 or more people to even out the teams. And each team will send out a representative to explain the word or draw it out for your group mates to guess. There will be a time limit to end your turn and you can go through as many cards within the time. The group that guessed the most is the winner!

For a fun night in

Games are a good way to entertain your guest over dinner. Everybody will have a laugh and you will be remembered as the host of the year. Get your hands on some of these games and enjoy.

Looking to buy some of these party and card games online? Head to Qoo10 or Lazada to earn up to 11.00% Cashback when you buy them through ShopBack.