With much more time on my hands now, it’s not always that I want to learn something new or be “productive”. Staying at home for an extended period of time can result in something called “cabin fever”, something my colleagues and I have been experiencing.

Cabin Fever – the claustrophobic irritability or restlessness experience when stuck in confined quarters for an extended period of time.

Relieving the restlessness that you feel via exercise or music can help, but I always find myself turning an intense game on Nintendo Switch to relieve my stress.

The Nintendo Switch is a cult-favourite by now. With its seamless combination of handheld and console gaming into a single device, the Switch is suitable for individual and group play.

From family-friendly titles to action-packed adventures, here are 10 Nintendo Switch games you need to curE that cabin fever! 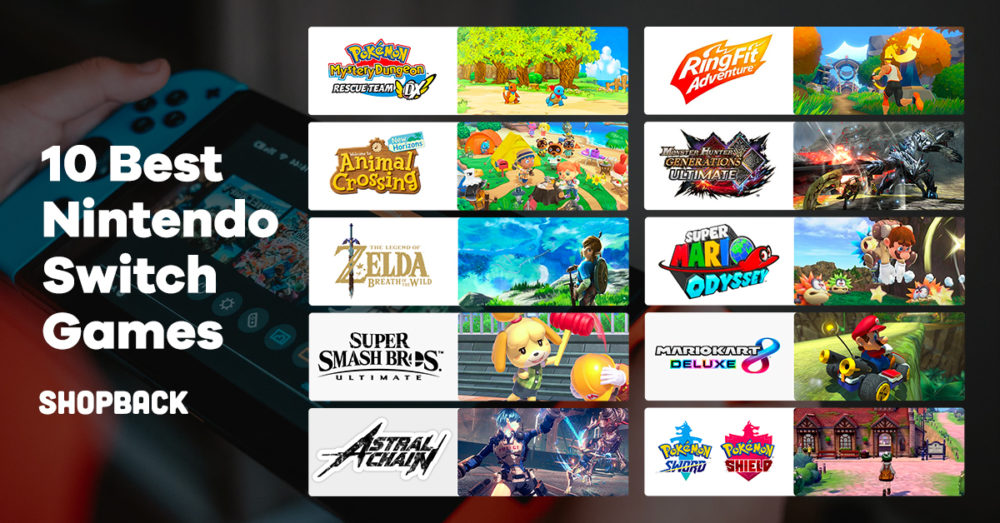 The recent release of Pokémon Mystery Dungeon Rescue Team DX is a much-welcomed addition to the Pokémon franchise. Similar to the original Red and Blue Rescue Team game, you get to own a Pokémon based on your personality quiz.

The turn-based battle system stays true to the original with huge improvements made to the artistic style and gameplay experience. Having played the original Red Rescue Team on the Game Boy Advanced, the Rescue Team DX felt like a breath of fresh air to the series. An updated Pokémon roster and the addition of mega-evolutions that were lacking previously brings new excitement and fun to the game without losing its beloved aspects.

Even for those who are not a huge fan of the Pokémon franchise, the kawaii characters and unique game play is here to change your mind! 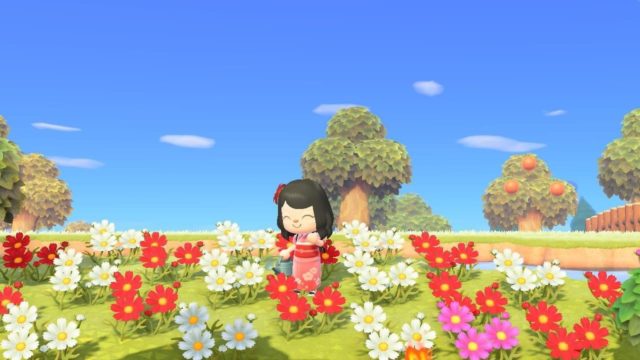 If you feel like you’re getting stuck at home, then maybe its better to get stuck on a virtual island instead.

There isn’t a  clear objective or storyline to complete in Animal Crossing – which makes it therapeutic for players. Amidst all the ongoing commotion and facing action-heavy competitors, Animal Crossing provides a calming breeze that relaxes your mind.

You get to farm, upgrade your house, invite villagers to your customised islands and customise almost everything you have – all of which you can’t engage in on a normal basis now. Timelines in the game also sync in realtime. So Easter Day, Cherry Blossom season, and everything you’ve been wanting to celebrate can all be enjoyed virtually.

P.S. Companies in Japan are holding meetings on Animal Crossing instead of Zoom of Google Hangouts! Perhaps an idea for you?

3. The Legend of Zelda: Breath of the Wild

“You can go in any direction and you’re going the right way.” – Videogamedunkey

That pretty much sums up The Legend of Zelda: Breath of the Wild. For those unfamiliar with the game, you’ll get to explore the vast world of Hyrule as Link, combat monsters and strive to survive.

You’re left to your own curiosity and adventures which makes the game exhilarating to play. The open-world environment is extremely immersive and I personally found this non-linear style of gameplay highly rewarding. The game is also cited as one of the greatest of all time and that alone, makes it worth it check Breath of the Wild out.

Play The Legend of Zelda: Breath of the Wild Today!

Arguably the iconic game that defined the Nintendo Switch, Super Smash Bros Ultimate is the modern-day equivalent of Street Fighter. With 75 fighters to choose from, play as your favourite Nintendo character while crushing your opponent.

Aside from the traditional brawl, you’ll find an enlightening change of pace in the World of Light mode. You’ll assume the role of Kirby and set out to free various Nintendo Switch who have been influenced by Galeem. Much like an RPG but in Super Smash Bros fashion.

Of course, the essence still lie in the Multiplayer mode. You’ll get to battle it out (virtually) with friends and fight to see who is the ultimate winner.

From the creators of Nier: Automate, comes a refreshed action RPG. Set in a post-apocalyptic world, Astral Chain has that distinct PlatinumGames vibes without losing its individuality.

Think of Astral Chain as the clash between Nier: Automata and Borderlands.

You get to play as a righteous police officer while defeating creatures from the Astral plane with your Legion. The innovative elements of detective work sets the game aside from your typical run-of-the-mill hack and slash adventure. It is also a level-based game that has a fixed storyline and clear objectives. So if charging through games levels get your adrenaline pumping, then Astral Chain will be that high-intensity and bad-ass game you’ll need to occupy your time at home.

Zoom workouts might be the new in thing, but trust me when I say Ring Fit Adventure should be your new workout buddy.

In line with the recent home-exercise craze, Ring Fit Adventure combines two very unlikely things into one: exercise and video games. Surprisingly, the end result is a game that actually makes you sweat while playing an engaging RPG.

By performing upper and lower body exercises and even yoga moves, you’ll get to fight your way through various monsters. Furthermore, you’ll need to consistently jog on the spot to move your character forward. The genius gameplay allows players to enjoy the benefits of both exercise and fun while staying safe at home.

However, you’ll need to purchase a separate Ring-Con to control the game. But given the current climate, Ring Fit Adventure is definitely the game to play if you want a short exercise daily.

Monster Hunter Generations Ultimate allegedly takes up to a whopping 100 hours to play. And even you play if for 2 hours a day, it will still take you over a month to complete. This ultra-long gameplay is suitable for gamers who enjoy a continuous experience of the same game. From hunting monsters to craft and combat, there’s endless activities to play here.

Unlike the original Monster Hunter World, Generations Ultimate stays true to its challenging nature. Casual gamers might face a tougher time as compared to the game veterans. But the sheet sense of accomplishment upon completing a difficult hunt make the game so satisfying you might just throw air punches in celebration!

It would be a crime to not include Super Mario in a list of the best Nintendo Switch games. Synonymous with Nintendo, any games released in the Super Mario franchise meets with unparalleled hype, and so did the Super Mario Odyssey.

The fun and action-packed journey in Super Mario Odyssey has the same focus where Mario saves Princess Peach from the evil clutches of Bowser. A concept we’re so familiar with, yet still captivates our attention every single time.

The Super Mario 64 elements and various kingdoms were a joy to explore. And even after completing the game, there are still tons of content you can unlock, making the game highly replay-able and worth your money.

Any gamers who had played Mario Kart on the Nintendo Wii will want to get your hands on this. It is identical to the original version with added game modes and new playable characters which injects new life into the familiar game.

Multiplayer gameplay also allows the competitive spirit in your to shine as you try to win the race. Friendly for players of all ages, Mario Kart is a game that’s great for the family and even individually!

Starting and ending the series with Pokémon games goes to show the special place in my heart. My childhood was pretty much spent battling gyms and filling up the Pokédex. The carefree times.

Following the release of Pokémon Sword & Shield in 2020, the games are the fastest-selling games for the Nintendo Switch. The overall concept of remains the same, with players assuming control of a young Pokémon trainer who aims to dethrone the current Champion.

However, the decision to exclude previous generations of Pokémon was quite the controversy. But ultimately, it was a needed move to keep the game fresh and less convoluted. The eighth-generation of Pokémon games is sure to remind you of your childhood and occupy your time as you fill up your Pokédex!