Mobile gaming has grown hand in hand with smart device technological leaps. After all, gaming is one of the few ways that getting that shiny new smartphone with a newer, faster CPU justifiable.

However, people who would never try Overwatch, Grand Theft Auto or The Witcher can be enticed into playing a friendly, approachable mobile game that isn’t as daunting. (Once when I was running late for a lunch appointment with my mother, I arrived to find her playing Candy Crush on her iPad!)

The next time you look over someone’s shoulder on the MRT, they might just be playing one of these top mobile games in Singapore! Download or make an in-app purchase through the ShopBack Mobile App to enjoy 5% cashback on the Apple iTunes App Store! Final Fantasy The Awakening is a mobile MMOARPG (Massively Multiplayer Online Action Role Playing Game), set in the fictional world of Orience. The game features a single-player story campaign where you can recruit, train and equip followers to form a party of 4, before diving into real time battles.

Story Cutscenes are animated using the Unity 3D engine for high fidelity and animations such as ultimate moves. Once you’ve conquered the campaign, you can test your mettle in online PvP action against other players. 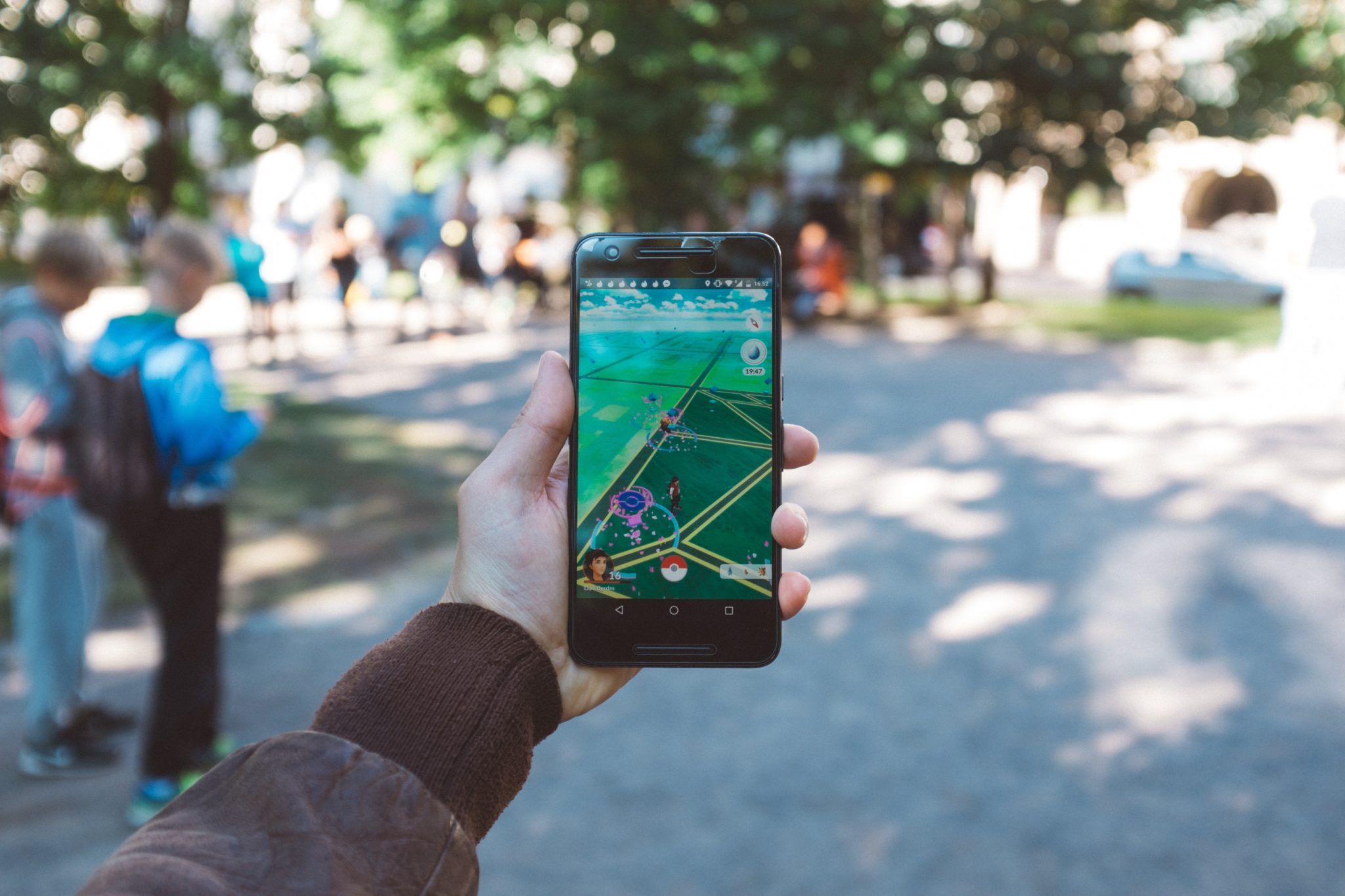 Taking the world by storm on its release, it capitalised on the childhood fantasy of anyone who has ever watched and played Pokémon. When it was released, it was a phenomenon that set the world on fire with a massive number of people who got caught up in the craze.

While the hype has died down, it still remains very popular amongst Singaporeans, chasing the dream of having a legendary Pokémon in their collection. 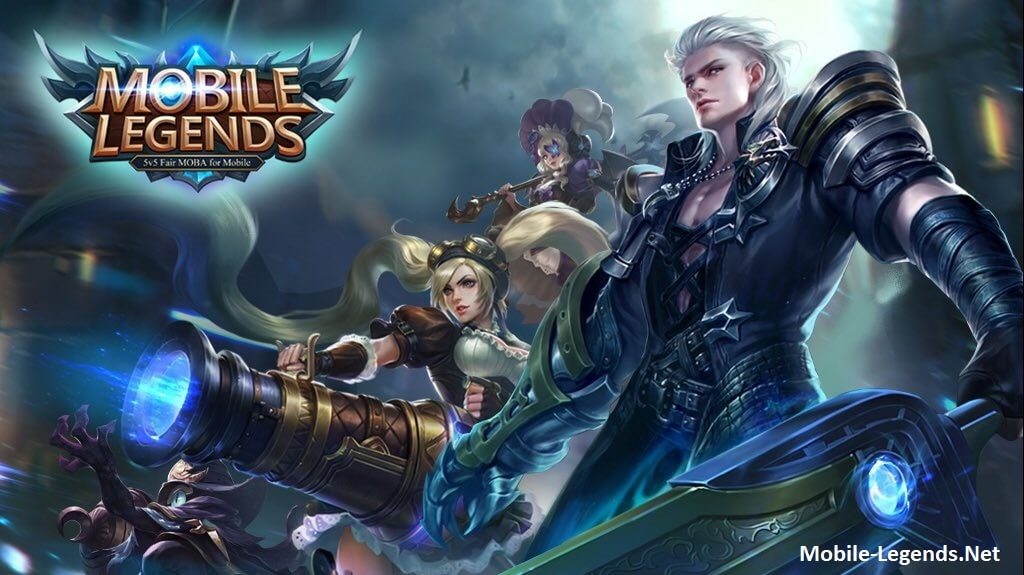 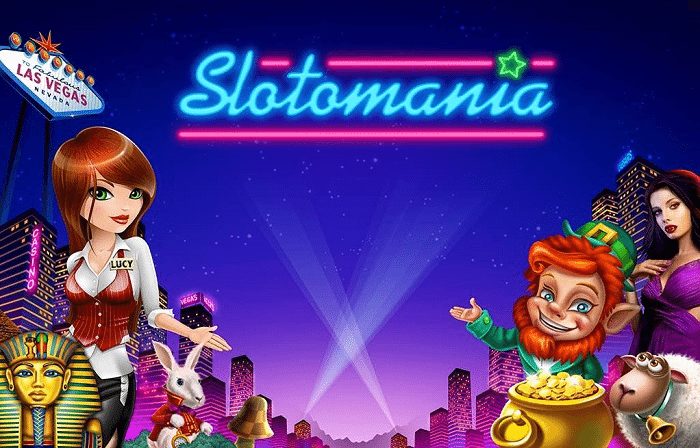 If you’ve always to play slot machines on the go, Slotomania is the game for you. Traditional slot machines statistically pay out very little and losing lots of money presents a very real risk that you will run into. Slotomania, is a social video game for slot machines that you can play online. There are many different styles of slot games to choose from with a large user base worldwide.

Coin Master is an app that has taken Singapore by storm. Despite being released in 2010, it saw a meteoric rise in popularity early this year. The app is basically, another slot machine app, similar to Slotomania. What makes this app stand out from the other slot machine apps, is the village building and raiding system. You use the coins to build, upgrade and expand your village. Once built, you can raid other people’s villages for more gold and conversely, yours can be raided too. 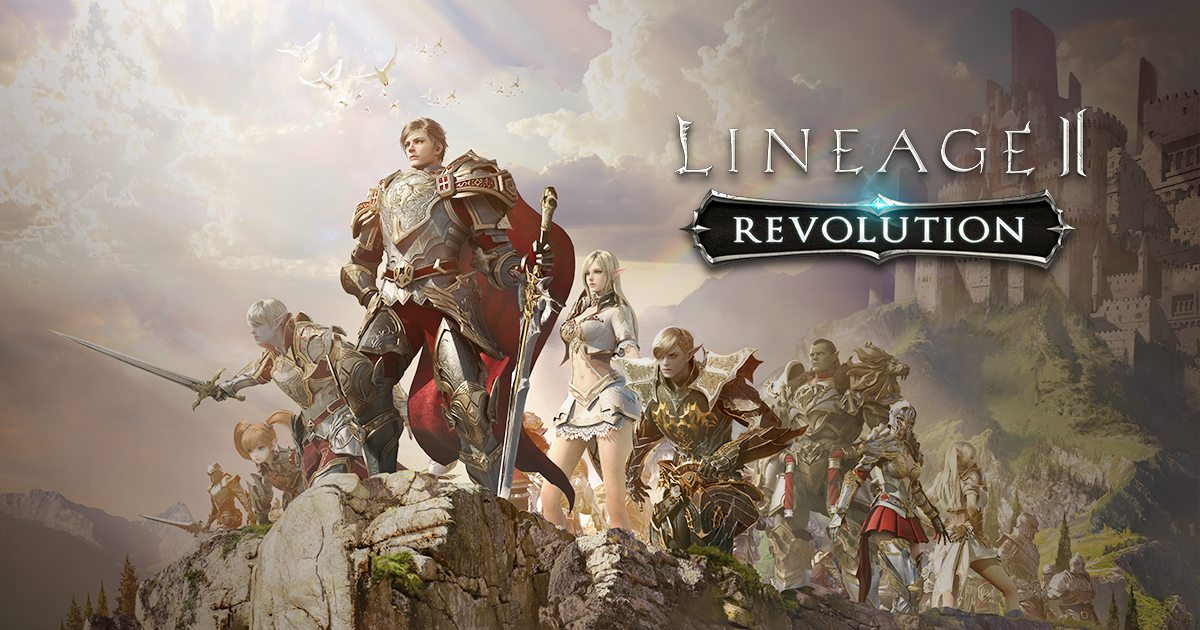 Lineage2 Revolution, is a mobile MMORPG. Drawing on its roots from the original PC game, Lineage 2 seeks to set a new standard of quality for mobile MMORPGS. Topping the Asian app store charts of both Apple and Android within days of its release, the player base of this ambitious, gorgeous and surprisingly deep MMORPG has remained very high with its compelling gameplay mechanics. 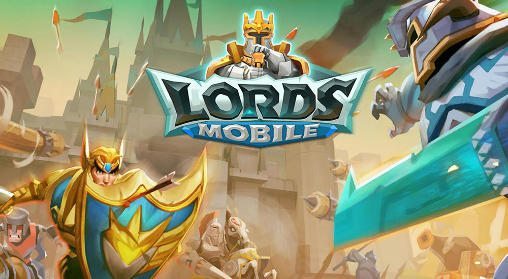 Lords Mobile is a hugely popular Massively multiplayer online real-time strategy (MMORTS) game with a massive player base. It is a free-to-play game that offers in-app purchases. You can explore exotic magical lands which have been thrown into chaos, build an empire, train heroes and wage war against other players. 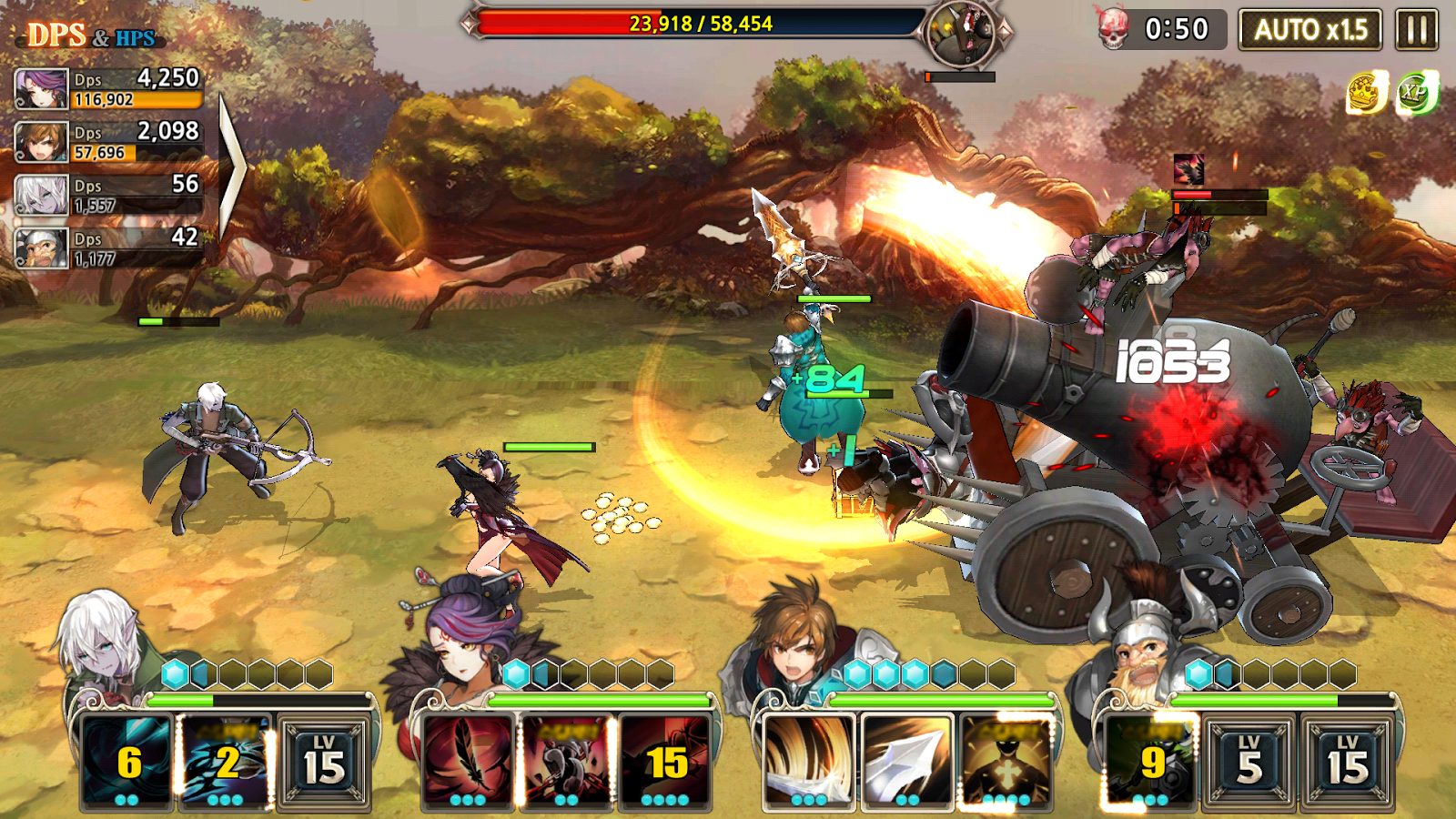 King’s Raid is a mobile action RPG that had a rocky launch in February 2017. However, after sorting out several issues, the developer relaunched the game with much greater success. The game features a main story campaign where players can look forward to recruiting heroes, forming parties and go dungeon crawling. 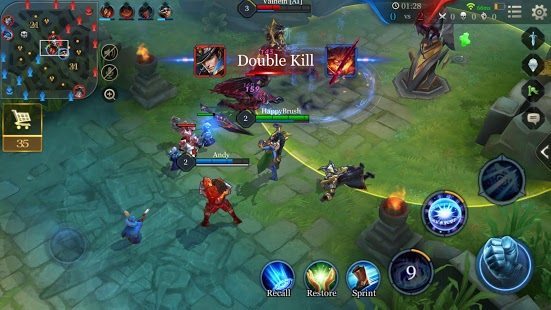 Despite all this however, Arena of Valor provides a compelling experience. Arena of Valor clearly aims to have constant fast paced action by minimizing the number of times you have to return to the base. Arena of Valor enjoys a massive user base at present, so match-making takes a matter of seconds to throw you straight into the action. 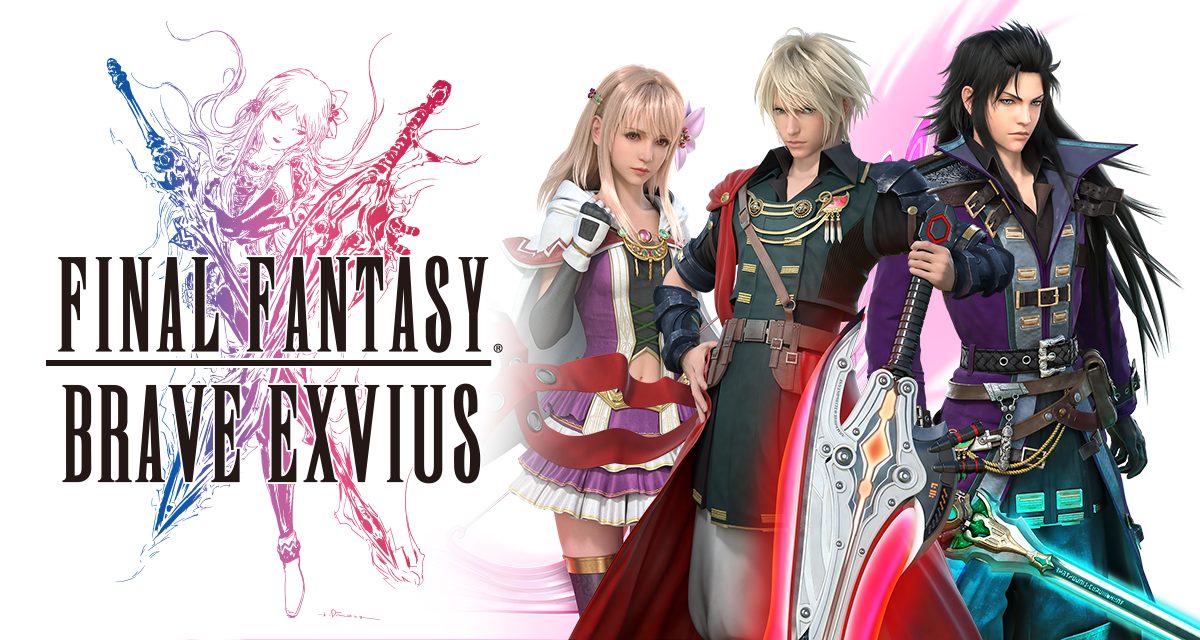 Created as a spinoff of the Final Fantasy series, Final Fantasy Exvius marks as the first collaborative effort between Square Enix and Alim and draws elements from Alim’s previous game, Brave Frontier.

Designed as a turn-based role playing game, it utilises elements from both Final Fantasy and Brave Frontier with a battle system from Valkyrie Profile. Battles are intense and satisfying and Final Fantasy veterans will feel at home immediately. Players can explore a world, towns and enter dungeons to defeat bosses while experiencing a story crafted by the team behind the legendary Final Fantasy series. 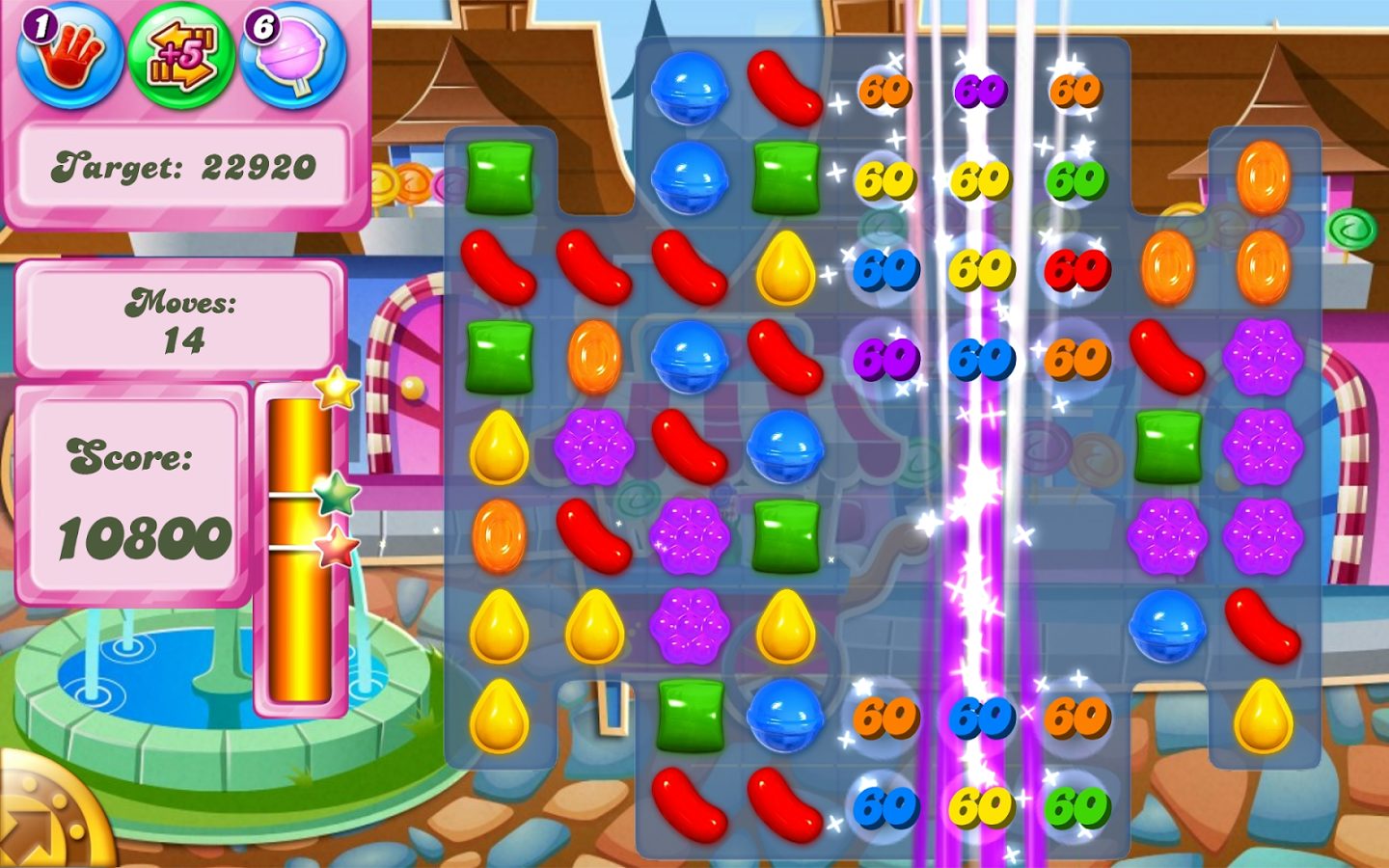 Candy Crush, the game which for a time, absolutely dominated Facebook feeds with constant, incessant notifications from Facebook telling me just how many of my friends and family desperately needed my help to enable their addiction to the game. Candy Crush’s longevity and success is a clear indicator of just how appealing it is to play and if you do, please don’t be one of those people who spams requests to their friends on Facebook!

Download the ShopBack mobile app on the App Store to enjoy 5% Cashback on the Top 30 Apps! 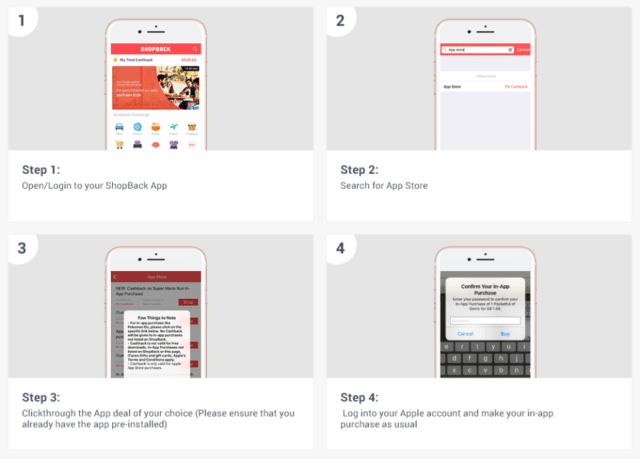