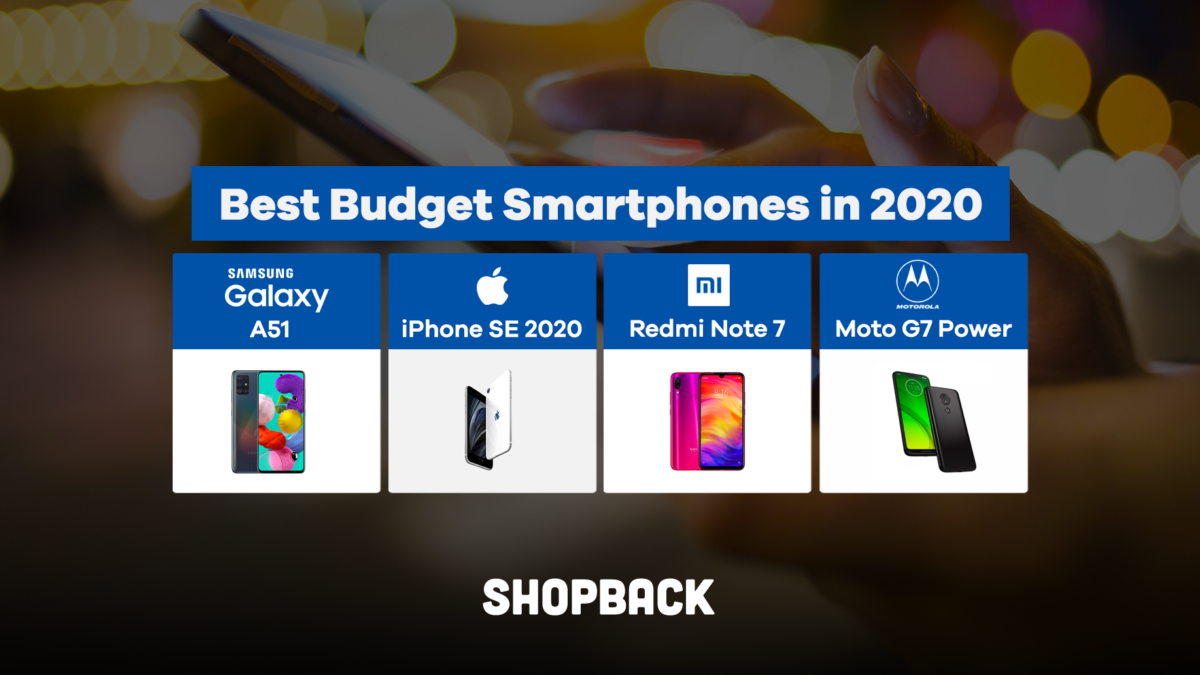 With smartphone technology advancing ever so quickly, last year’s smartphones are often caught in a limbo. They can’t compare to what smartphones in 2020 has to offer, but they are also not the most updated ones in the market.

As such, prices of such phones tend to have a price dip once their newer version is launched, making them good “budget” options when it comes to hunting for a good budget smartphone.

With that being said, budget options in 2020 are a dime a dozen, and that’s why we’re here to help you narrow your options, and helping you to make a more informed decision.

Many smartphones in 2020 have caught onto the quad-camera bandwagon, and its refreshing to see the same in a relatively budget model. Despite being a newer name in the market, Oppo has been consistent in offering stellar budget mid-range devices which cater to the masses that are looking for a good camera, budget smartphone.

The Oppo Reno 3 Pro features a quad-camera that is a solid performer. I’m definitely no professional when it comes to photography, but the images taken on the Reno 3 Pro are more than satisfactory as an average photographer. The photos are clear, and the colours are vibrant, making me feel like a much better photographer than I actually am.

Besides the camera, the bezel-less display is an eye-pleasing addition to the Reno 3 Pro. Unlike most budget smartphones, the Reno 3 Pro manages to hide its sensors well within the top of the screen, giving the users an uninterrupted viewing experience.

However, the sensitivity of the screen can be a little inconsistent and could be a small problem for users who are into mobile gaming. The games run perfectly, but controls can be too sensitive at times. In all, the Oppo Reno 3 Pro is a great all-rounded daily driver that ticks all the boxes for a great smartphone.

For a smartphone that was widely touted to be the best smartphone in 2018, the Samsung Galaxy S9+ made it onto the cheap phones list in 2020 for very good reasons.

Besides the slightly outdated model, the Galaxy S9+ is an amazing smartphone for anyone who wants great performance without breaking the bank. Released for around S$1,000 in 2018, you can find the model for nearly half its price or less, depending on your mobile carrier. That’s a steal, given the hardware that is packed into the Galaxy S9+.

It features a 6.2-inch display which supports Quad HD+ resolution, making video viewing and game playing a highly enjoyable experience. The AKG-tuned speakers are also a huge improvement when compared to its predecessor, the Galaxy S8. Naturally, its Snapdragon 845 chip may seem outdated by today’s standards, but it is still a solid processor which provides a great deal of value for a smartphone. Even in 2020, the Galaxy S9+ hold its own fort and is still relevant when compared to other flagship smartphones now.

However, the battery life can be a bit of a bummer as it last just under a day from a full-charge. The Galaxy S9+ gets many thing right, and stands as one of the best Android smartphones to date.

The Samsung Galaxy A51 looks nothing like a budget smartphone. Its premium build, ultra-slim bezels and OLED screen is enough to push it into a mid-range, or even premium smartphone rather than a budget option. Furthermore, having five cameras at such a budget price? Simply insane.

Another notable feature of the Galaxy A51 is the 6.5-inch OLED screen, which makes it a formidable competitor to their Galaxy S series. Colours are ultra bright and vivid without compromising on colour accuracy, making the screen one of the best on the list. The presence of a 3.5mm headphone jack (extremely rare in 2020) is also a great addition for folks who favours wired earphones instead of wireless bluetooth earbuds.

Samsung uses its very own Exynos 9611 chip instead of the usual Snapdragon processor might have contributed to its performance issue. Leaving multiple apps open at once will cause the device to slow down, but none of this should matter if you’re not looking for a high performing smartphone. Overall, the Galaxy A51 gives users a slice of the premium Galaxy S series, without the exorbitant price tag.

The Best Operating System and Processor for Cheap Smartphone

No budget smartphone list is complete without the recently released iPhone SE. For die-hard Apple users, this will be your best bet. The iPhone SE is honestly, one of the best budget smartphones anyway. Apple has put their latest A13 Bionic chip into a refreshed iPhone 8 body which results in a budget phone that exceeds what most options offer today.

The fact that iPhone SE has Apple’s latest processor proves that it will be able to withstand future updates. This extends the lifespan of the iPhone SE beyond the older models, which tends to outlive its relevance once the OS updates is not available for the model.

With the iPhone SE, Apple gives users the basics of a smartphone, and does it exceedingly well at a low price. The screen, while not an OLED display, is a Retina HD LCD display with True Tone that is solid and smooth. The single-lens camera functions great as a basic camera, despite not having telephoto or wide-angle lens unlike its iPhone 11 counterparts.

Joining the Apple ecosystem at a budget price point is also impeccably attractive that people looking for a fuss-free budget smartphone must consider.

Huawei has built its namesake on quality smartphones with a great camera system to back. The battery life and display on the Huawei P Smart 2019 are amazing, albeit with a lacklustre camera as compared to its counterparts. The 6.21 inch display screen looks great, and coupled with the Kirin 710 chip is smooth and easy to use.

The battery life lasted throughout a full day of use, which means you won’t need to lug a portable charger along in your bag. The two cameras work well, but only for the basics. They don’t take great photos in low light conditions, so it might be an issue in poor light conditions.

But if your smartphone is for the sole purpose of texting, surfing the net and scrolling through social media, the Huawei P Smart 2019 is more than enough.

Note: The Huawei P Smart 2019 is not available for sale on the Huawei Singapore online website.

The Cheap and Good Budget Smartphone

Perhaps the most convincing budget smartphone on the list, the Redmi Note 7 is a superb option. The 4,000mAh battery rivals a bunch of the mid-range smartphones, even at a budget price. And the huge 6.3-inch screen gives users a pleasant viewing experience with a mini-notch.

The camera is decent, but a bit of a let-down. To be fair, the Note 7 was never poised as a camera phone as well. However, the lack of NFC is holding it back to be the best smartphone. Contactless payment is becoming increasingly important, and without NFC, the Note 7 just inch under the best budget smartphone.

5,000mAh. That is the crazy power that Moto G7 Power packs. The stellar battery life holds steady throughout your games, videos and anything that you’re doing on your smartphone.

Now, if you love a big phone with a big screen, the G7 Power will be the best choice. It is a tad too huge for my liking, but considering the near two-day battery life it brings, I think we can look past the bulky build.

Also, WiFi does get a little patchy as times which can interfere with a seamless experience. But if battery life and key operating system is what you are looking for, the Moto G7 Power is a great budget smartphone option.

There are many budget smartphones in the market right now and we want to hear from you! Share with us your favourite budget smartphone in the comments below, and let us know other tech devices you want us to recommend!