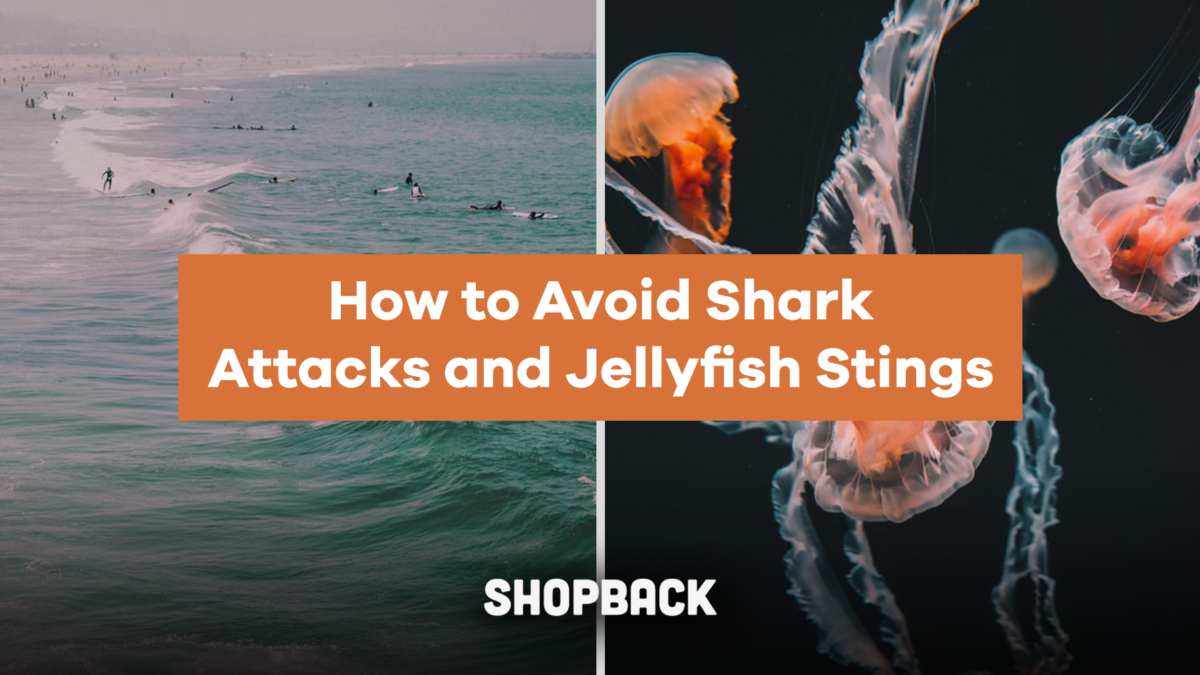 There are so many movies on ocean horrors like Jaws and Piranha that makes the ocean seem terrifying. And although these movies may seem like an exaggeration, it can still be a reality. So before the monsters have a chance to attack, you should know how to avoid them. From shark attacks to jellyfish stings, and terrors from all kinds of dangerous sea creatures, this handy survival guide will arm you with essential knowledge to visit the ocean with some protection and peace of mind.

The golden rule to know is not to provoke a shark when you see it. These sharks may just be curious and will simply swim past you if left unprovoked. If you want to get away from it, slowly swim to shore using your arms only as any splashing will only entice them. And make sure you keep your eyes on the shark still. Statistics also indicate that the number of unprovoked shark attacks are small when compared to the millions of people who terrorize their shark space. So avoid invading their personal space and you will be good.

However, it’s good to know that the most dangerous shark is the great white shark that feasts on seals and even small whales. Another is the tiger shark, and they eat almost everything, including debris like tyres and other ocean trash. Finally, the bull shark is adaptable to salt water and freshwater, making it a dangerous predator even in large lakes or rivers.

Ways to avoid getting attacked by a shark:

What to do if you are attacked:

Jellyfish stings are quite painful and can cause allergic reactions including fever, vomiting, difficulty in breathing and disorientation, if left untreated. It’s best to avoid stepping or picking them up, even when they’re washed ashore on the beach. Species like the box jellyfish and even the tiny immortal jellyfish can still deliver quite a sting. And even dead jellyfish stay venomous as it may still have live nematocysts.

While many ocean creatures may look harmless as they manouvre through the waters, they are in fact not. Another dangerous sea creature is the Banded Sea Krait, or in fact any from the same species. Identified easily with their black and white streaks, Banded Sea Kraits have powerful venomous bites that they use to paralyze their prey with.

The Scorpion Fish looks incredibly beautiful but looks can be deceiving. They have erectile spines on their fins which can cause mild to moderate posoining if stung. So be sure to keep a safe distance away from them to avoid getting minute stings that can still be rather painful.

Just as tricky is the Trigger Fish who love to hide in the seabed when guarding their eggs. The best way to avoid them is to keep a lookout for their titan size and sharp, protruding teeth, and avoid disturbing their abode! Avoid crashing into the seabed and reefs where many sea creatures are hiding. The more aggressive ones might just retaliate!

Electric eels can generate approximately 600 volts of electricity and give you a serious jolt, making them part of this danger list. Equally deadly are moray eels that will bite when disturbed. So, while eels may be nice to eat, we say leave it to the pros to catch them and serve it to you.

Finally, not all octopus or septopus are as lovable as Hank in Finding Dory. So, when clinging to a big rock during an undertow of current, it’s best to check the availability of space on that rock before grabbing it. Thanks to its camouflaging abilities, octopuses hang onto rocks to capture prey. Just don’t let your fingers or any body part be the prey as they scurry past you in a blast of ink.

Additional Survival Tips That May Save Your Life

Here are some important tips to survive attacks by sea creatures when under water.

The ocean stirs the heart, inspires the imagination, and brings joy to the soul. An important part of traveling is to ensure that your insurance has got you well covered. Among the best choices is AXA Insurance or FWD Insurance Singapore which offers comprehensive travel insurance for you and your loved ones.

Ready for ocean adventures? Do tell us other ways to avoid danger on the seas and along the beach.

Keep your eyes peeled and book your next beach vacation with ShopBack’s Travel Tuesdays!