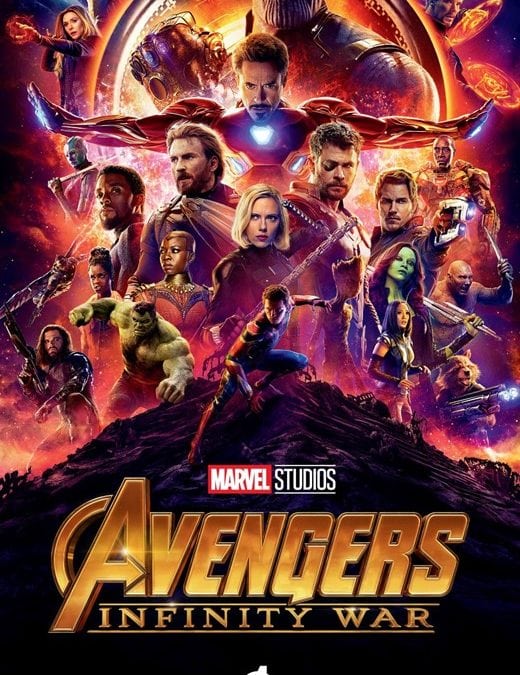 18 movies and a decade later, Avengers Infinity War is finally upon us. The levels of hype for this movie has gone up to infinity as many fans (including this writer) can’t wait to find out what will happen to The Avengers in this upcoming movie from Marvel. Clearly, with a total of $5,928,247,606 grossed worldwide; the movies in the Marvel Cinematic Universe are immensely popular. Hype for the movie is real and everyone around you would be talking about them. If you only watched a few movies and would like to know a bit more to not feel left out of the conversation; catching up to all that lore will be a huge task. As the saying goes “There are no stupid questions” but then again, you won’t want to embarrass yourself in front of your friends. If this strikes a chord, this article is for you.

We have compiled a list of commonly asked questions about the Marvel Cinematic Universe gathered from people who are unfamiliar with Marvel movies. Although this is mainly for the uninitiated, seasoned fans might find something new as well. So without further ado, here are the questions.

1. Who is Thanos and why is he important to Avengers Infinity War?

The big bad in Avengers Infinity War, Thanos is the one that the Avengers are trying to take down. The Avengers Infinity War trailer gives us a clear look at him after his shadowy appearances in post-credit scenes. Basically, Thanos is a supremely powered being born on Titan one of Saturn’s moons. In addition, he possesses the superhuman Deviant gene. Blessed with an immense amount of intellect, physical strength, and powers Thanos has been one of The Avengers most formidable foes. Obsessed with nihilism and death, Thanos is out to murder and destroy indiscriminately. To achieve this, he has set out to collect the infinity stones. This leads us to our next question.

2. What Are Infinity Stones?

Speaking of Infinity Stones, here are the 6 infinity stones that Thanos is gathering to destroy the universe. Most of the stones can shoot beams but in addition to that, each of them has specific powers. These gems are then housed into something called the Infinity Gauntlet a glove designed to hold the Infinity Stones.

3. Why Are Captain America and Iron man Angry With Each Other?

In the Avengers Infinity War trailer, we see the aftermath of Captain America Civil War where Iron man and Captian America are still separated from each other. The reason for this was their disagreement over the Sokovia Accords, which proposed a UN panel to oversee Superhero activities. Iron man was on board with this as he was wrestling with the guilt of creating Ultron and the destruction caused to Sokovia. However, Captain America was against the regulation as he was afraid that it was infringing on their civil liberties and would limit the effectiveness of the Avengers.

4. How did Helmut Zemo trigger Bucky?

In Captain America Civil War, the villain Helmut Zemo utters the words “Longing, rusted, furnace, daybreak, seventeen, benign, nine, homecoming, one, freight car” to Bucky. This activated his psychological programming and transformed him into the cold assassin known as the Winter Soldier.

This was the work of the Hydra, an organization that reprogrammed his mind to become a mindless killer As a result, this was a cause for conflict in Captian America Civil War as Captain America protected Bucky and helped him escape to Wakanda.

The official explanation for this lies in his origins and physiology. An alien from PLanet X,  Groot is a Flora Colossus. Due to the stiffness of their bodies and Larynx, Groot appears to be only saying “I am Groot”. Although this may make him seem unintelligent, the flora colossus is an extremely advanced and well-educated race that is more than of capable of speaking eloquently. Rather, it is the beings in the Marvel Cinematic Universe that are unable to understand this. The exception to this is Rocket Raccoon who is shown to be able to communicate well with Groot.

6. Did Groot Really Die at The End of Guardians of The Galaxy?

At the end of Guardians of The Galaxy, Groot sacrifices himself to save his friends from perishing when the ship they were on crash-landed. However, in the after credit scene, we see that Groot has seemingly survived as a sapling. This new enitity was then dubbed Baby Groot. But According to director James Gunn, Groot did die at the end of Guardians of The Galaxy. The teenaged Groot we will be seeing in Avengers Infinity War is actually for all intents and purposes his ‘son’.

7. What is Captain America’s shield made up of?

Unlike the comics, Captain America’s iconic shield is made up of vibranium and steel alloy. Like the name implies, vibranium is able to absorb vibrations and energies that include soundwaves and kinetic energy. As a result, his shield is nearly indestructible and this is used to great effect by Captain America.

However, during the events of Avengers Civil War, he left his shield behind as a symbolic rejection of his identity as Captain America.

8. Why isn’t Tony Stark’s suit made up of Vibranium?

Speaking of Vibranium, you may be wondering why Tony Stark does not make his suit out of this amazing metal. Well, there’s a good reason for this. Before the events of Black Panther, Wakanda was closed off to the world. Although Vibranium is everywhere in Wakanda, it is extremely rare elsewhere. There was no way that Tony Stark could gather enough Vibranium to make his suits. However, this might change in the newest installment of the Avengers movies.

9. Why doesn’t Tony give suits to other Avengers (besides Rhodes)?

People with suits made by Tony Stark belong to an exclusive club. Besides his buddy Rhodes and his secretary Pepper Potts no one else in the Avengers has a suit. Considering that he has numerous suits, it would make sense to make suits for the other Avengers. There is no official reply on this but we can theorize that it is due to a combination of Tony Stark’s narcissism as Tony probably thinks that he is the best person to operate an Iron man suit effectively. Also, this might take away from the individuality of other Avengers.

10. Who role will Peter Dinklage play?

The Black Order is a group of merciless aliens that assist Thanos in his planet conquering endeavors. This group consists of Corvus Glaive his right-hand man, Proxima Midnight, Ebony Maw and The Black Dwarf. Whatever role he is playing; he’ll be joining a massive cast of many talented A-listers.

Pumped for Infinity Wars? Head on over to the Cathay Cineplex page via ShopBack to get 4% cashback when you book your tickets!