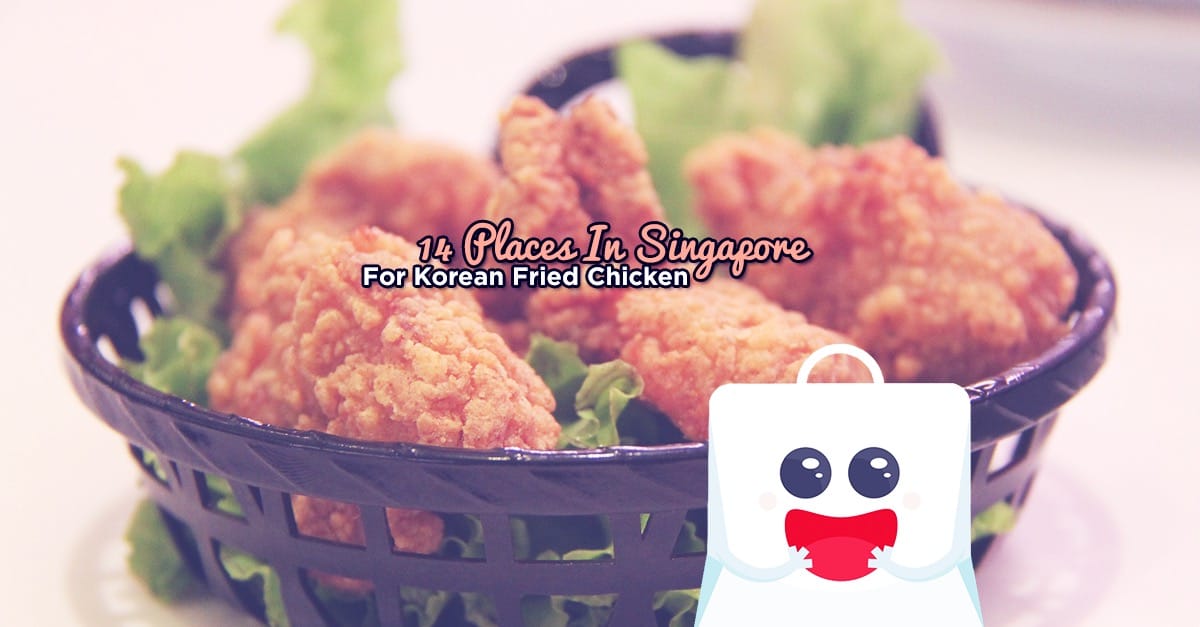 Korean Fried Chicken or simply KFC (which isn’t Kentucky at all), had been a craze for more than three years now and new KFC restaurants are simply popping up as the months go by. It started off with BBQ Chicken and back then, we saw how BBQ Chicken thrived with youths when they were still operating in Cineleisure. But the restaurant’s decline was steep and the bad reviews kept coming in.

However, more KFCs came to our shores and we’ve simply welcomed them with opened arms. We totally appreciate Korean Fried Chicken, especially if they are authentic. So here are 15 best KFCs in Singapore!

15 Best KFCs You Need To Try 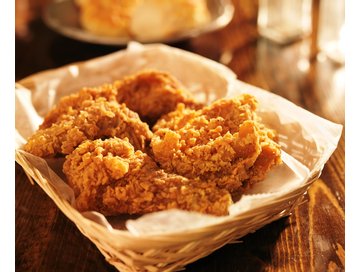 Choo Choo Chicken’s sophomore branch at the top floor (amongst Rockstar, Vans and Editor’s Market) is quite a start contrast to its first opening at Bali Lane.  Choo Choo Chicken’s Bali Lane version rests in a seemingly quiet and cosy location where families can enjoy while the Cineleisure’s restaurant sits where the energy is more vibrant.

Unlike many KFCs, Choo Choo Chicken’s fried chicken isn’t just flour-on-chicken. Its flavour is strong, especially the spicy one and the chicken itself is full and meaty. If you’re trying out KFCs for the first time, Choo Choo Chicken is the best place to start. 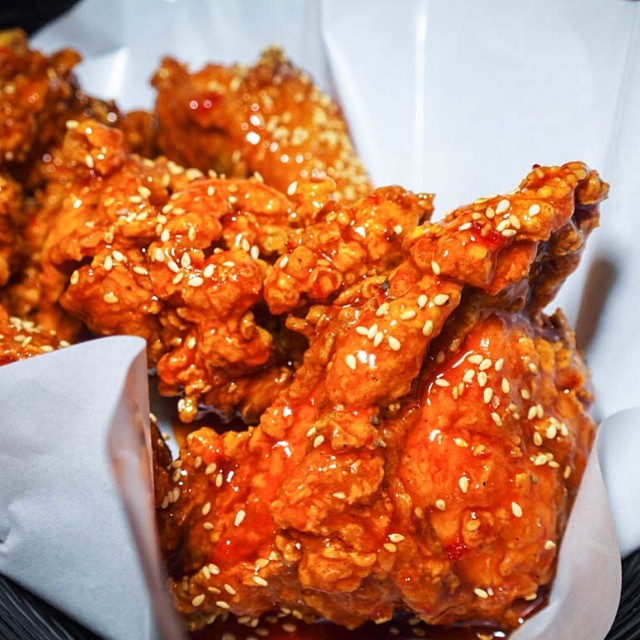 Chicken Up requires no introduction, with it’s incredibly tasty fried chicken. Currently, even Singapore Polytechnic’s foodcourt 3 (Food Haven, if it’s still called that) has one. Of course, SP’s Chicken Up is merely an express stall. Thus, its quality and taste doesn’t (at all) represent its parent restaurant. It matters not though, because it only proves how the restaurant is getting popular enough to have its own institution branch, alongside Starbucks, McDonald’s, Subway and many others!

Other than Choo Choo Chicken, Chicken Up is one place you should try if your a KFC beginner. 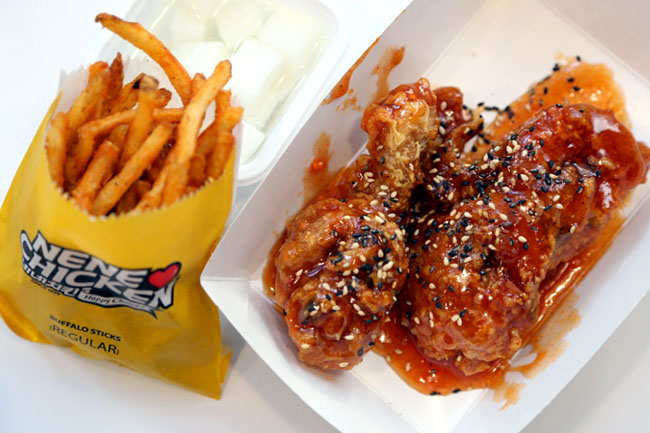 Unlike the first two KFCs, Nene Chicken operates similarly to a fast-food chain. There’s a branch in Star Vista – my colleagues and I are incredibly thankful for this – which I remember its chicken tasting congruent to their Scape branch.

Nene Chicken is much, much cheaper than many restaurants that offer KFCs and its quality is just as great.  Great buffalo sticks (french fries) too!

Apart from Chicken Up and Choo Choo Chicken, Kko Kko Nara is a restaurant offering KFCs that occupies every Singaporean Korean fried chicken list. Its deliciousness knows no boundaries and I could have eaten those bloody chicken wings the whole day but money is not unlimited. And so I didn’t.

Kko Kko Nara’s KFC comes in original, Soy Garlic, Hot and Spicy and Sweet and Spicy (much like Nene’s Swicy). 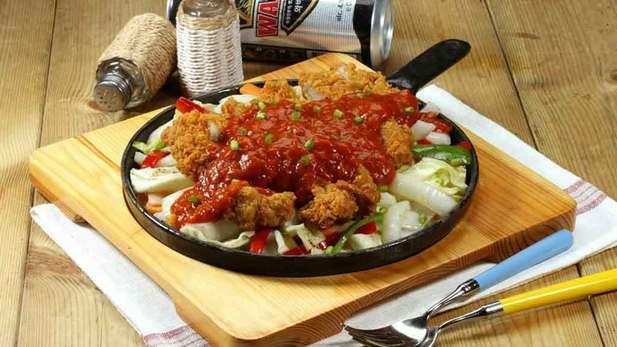 WABAR is a restaurant as well as a bar. You know what they say about eating fried chicken? That’s right, you must have a beer in hand. WABAR takes TV screens and projectors to a whole new level. You’ll know what I’m talking about it you were there.

For WABAR, I recommend the spicy chicken. Its spiciness will kill your tongue, but it won’t matter anyway. Because you’ll continue eating it. It’s just too good. 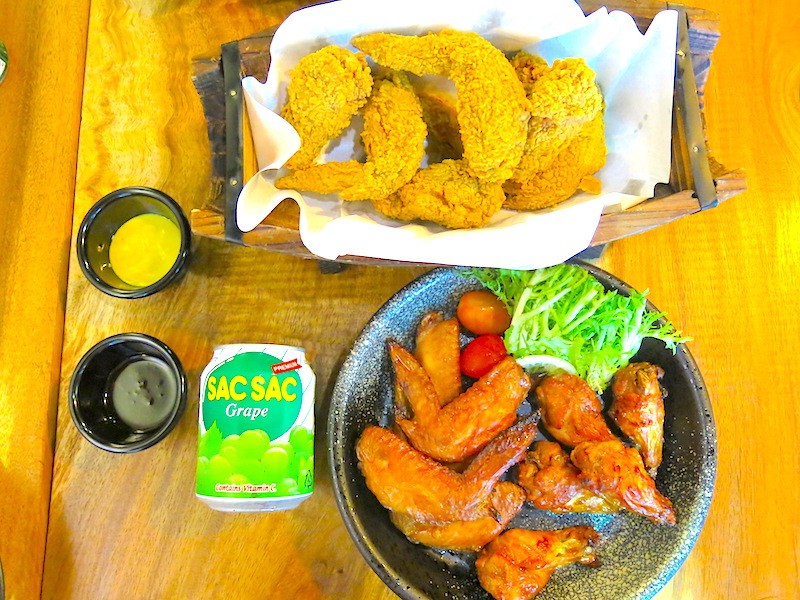 Oven and Chicken has an interesting coat for its fried chicken – rice flour. Thus, it’s slightly crispier than normal fried chicken! But unlike KFC (Kentucky Fried Chicken), where the crispy chicken is flaky, Oven Chicken’s crispiness is intact and has stronger flavour. It’s called ‘Fried Rice Chicken’ sold at the ‘Ssal Dak’ side (lol, Dark Side) of the restaurant, not ‘Okkudak’. I’m referring to the one in Bukit Timah, by the way. 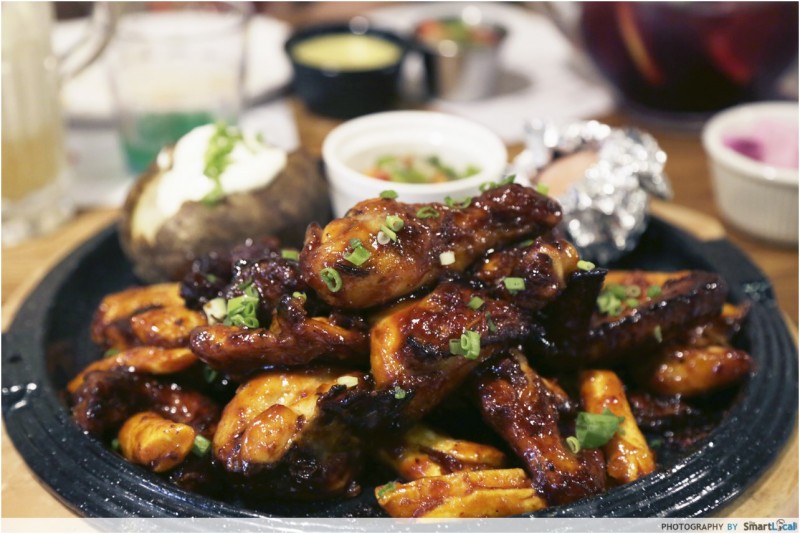 Chir Chir Chicken is located at 313 Somerset. The crowds, though. They are relentless. The best time to head to Chir Chir Chicken is during office hours. 2pm to 5pm. We can totally understand why there’s always an immense line outside the restaurant, of course.

The portion of the chicken is worth its price, and well, the cheese fries although not authentically Korean, is another great addition to the menu! 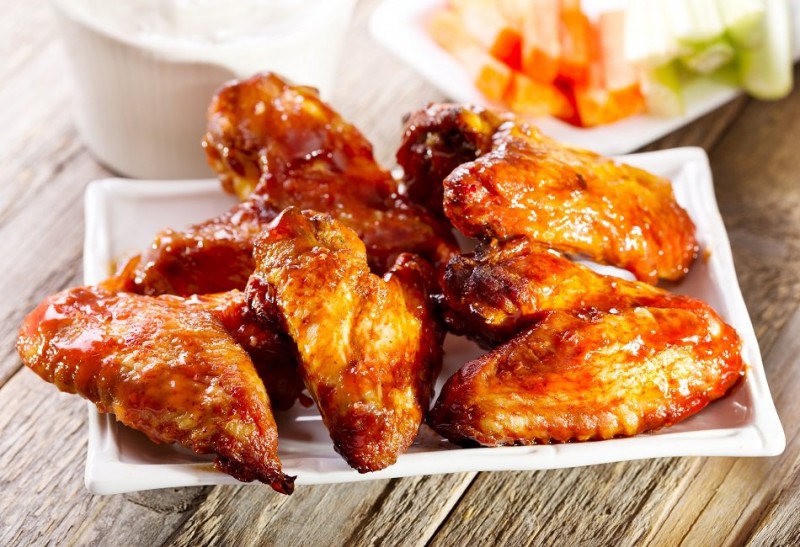 Everyone loves 4Fingers. It’s cheap, and the chicken’s just amazing. Also, served as a fast food joint made it easy and familiar to mainstream foodies. Also, it’s seaweed fries and kimchi fries are too die for. 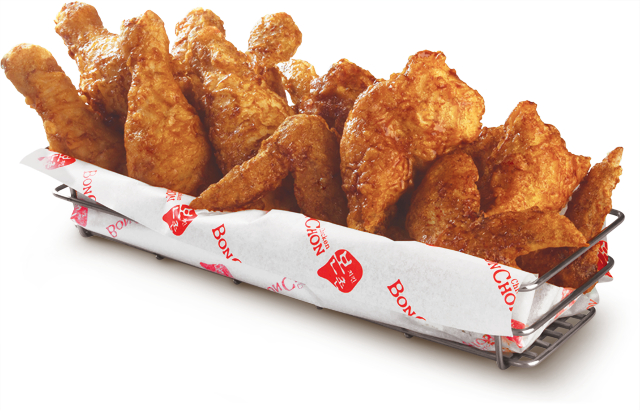 Located at Bugis+, Bonchon Chicken isn’t the most famous KFC restaurant in the list. However, it doesn’t mean it’s any less delicious! There are three flavours of Bonchon’s chicken. Soy Garlic, Hot Sauce and Half & Half. 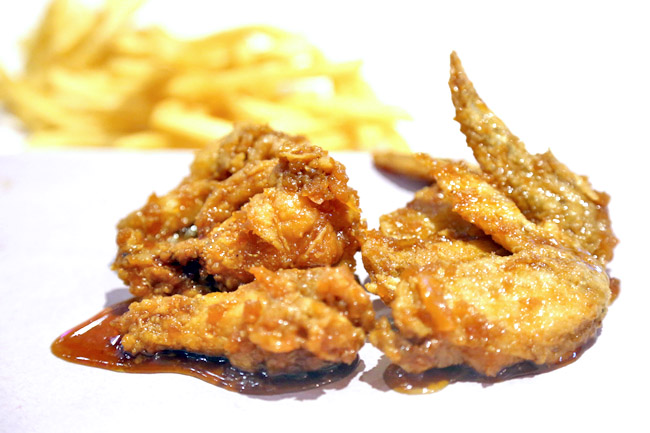 Hoho Chimek isn’t really your average Korean restaurant. This cosy little place serves authentic Korean food, including the delicious KFC! Crispy skin and tender in the inside. Just how everyone loves their chicken! 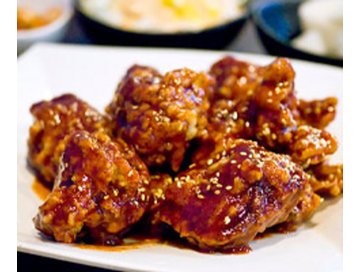 Like many KFCs, Woori Nara offers Original, Soy Garlic (which is my favourite!), and ‘Yum Yum’ (I haven’t tried it yet, though). I’d recommend trying the sample instead. You’ll have all of them! 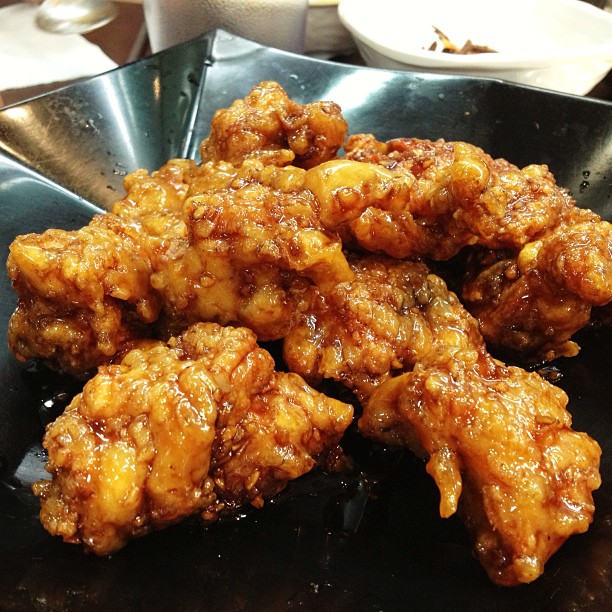 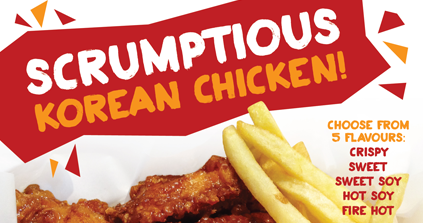 Yogiyo is probably the cheapest out of this list. This new restaurant only opened late last year but they are gaining popularity really, really quickly!

Look out for these eateries at Eatigo where you get to enjoy discounts off your total bill and also Cashback on top of the latest Eatigo promo with ShopBack!

User Feedback
#Supper places in singapore #what to eat for dinner