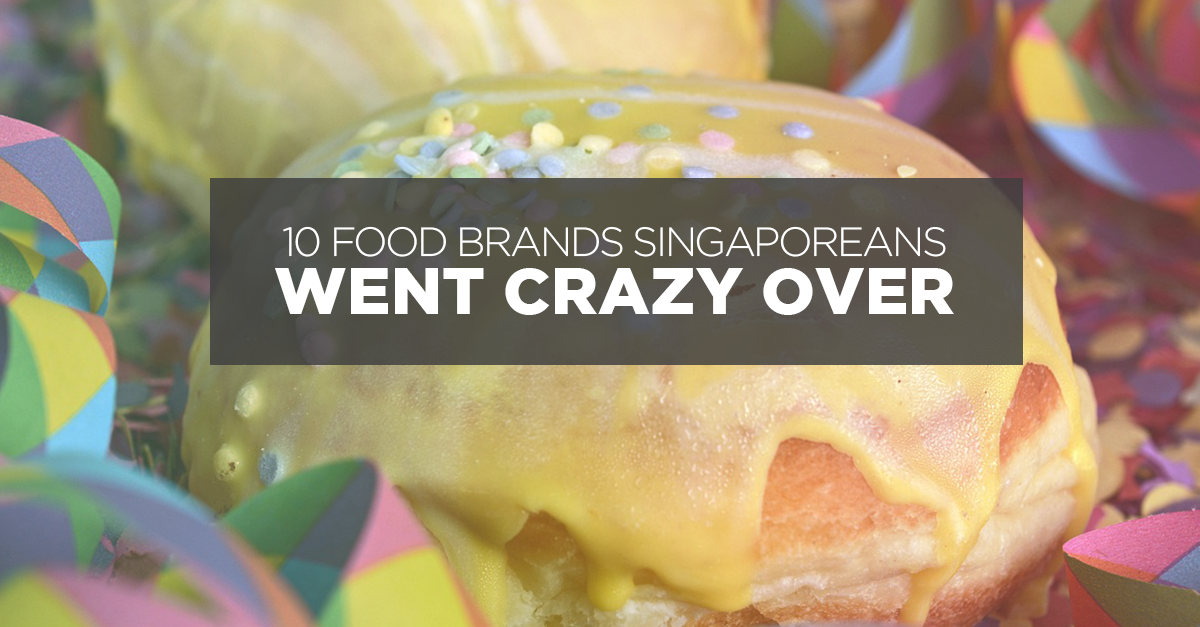 Judging by the number of Chun Cui He milk tea being snapped up left, right and center, Singaporeans are prone to the occassional frenzy when it comes to food. Up till its eventual nation-wide product recall, sales of the product has reach sold-out levels in almost a blink of an eye. It is not hard to see that Singaporeans go to great lengths to get their favourite food. Nope, long queues don’t deter us at all; not even when it’s a 22-hour wait! From the good ol’ Rotiboy coffee bread, the bubble tea trendsetter Sweet Talk, to the more recent Krispy Kreme donuts, we’ve shown that our love for certain food is simply short-lived. What are some food brands that you used to be obsessed over? Do you still see them around?

A Trip Down Foodie Memory Lane

Take a look at what we’ve gathered into a list of food fads that Singaporeans loved and forgotten! 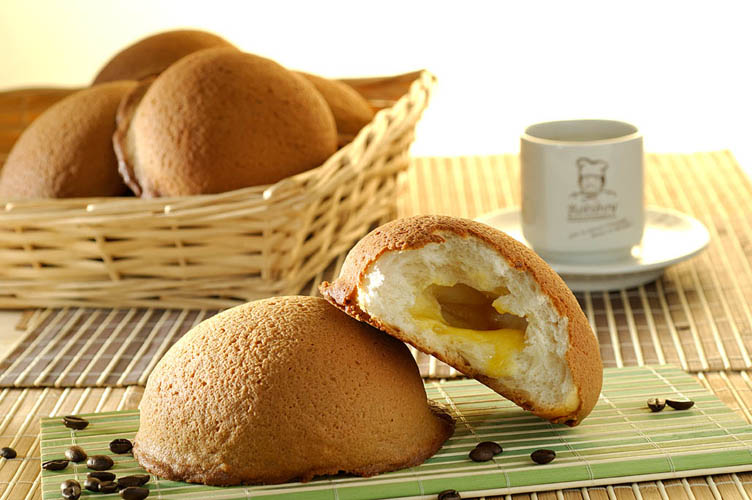 Founded in Malaysia in 1998, Rotiboy brought their signature coffee buns over to Singapore and managed to charm us all. While it looks like an ordinary dome-shaped bun, the fragrance from its butter filling and coffee flavoured topping is irresistibly good. Taking a bite of the crispy exterior reveals its moist, soft insides.

Unfortunately, the brand pulled out of Singapore after the craze died down. I guess we are only left with PappaRoti or Roti Mum then. 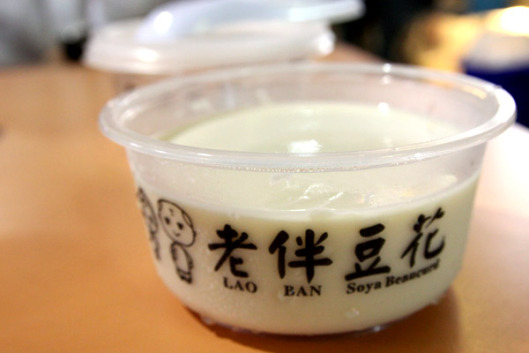 When this silky smooth beancurd was first introduced, half the Singapore population fell in love with it. The other half? They remained loyal to the traditional version with sugar syrup and a firmer texture. I definitely belong to the former group! This modern tau huay could only be found at Old Airport Road Hawker Center when they first started and the queues were extremely long. However, this new-age custard lost its novelty when different stalls tried to imitate and sell it in the heartlands. 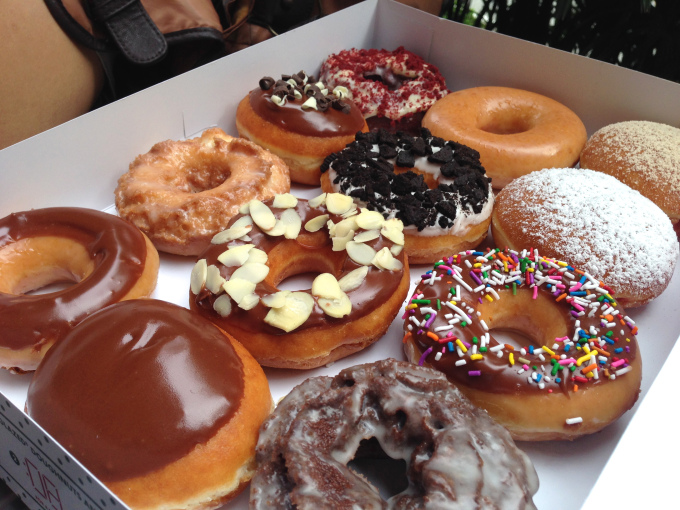 Donuts or doughnuts; who cares? When Krispy Kreme first opened in Singapore in October 2013, a man queued 22 hours to become the store’s first customer and won the Golden Ticket which entitled him to a year’s supply of free donuts. And that’s not all. Within just 3 hours of its official opening, the store served 428 customers with their freshly baked donuts. Less than 2 years later, the queues have dispersed and the stores aren’t that crowded (if at all) anymore. 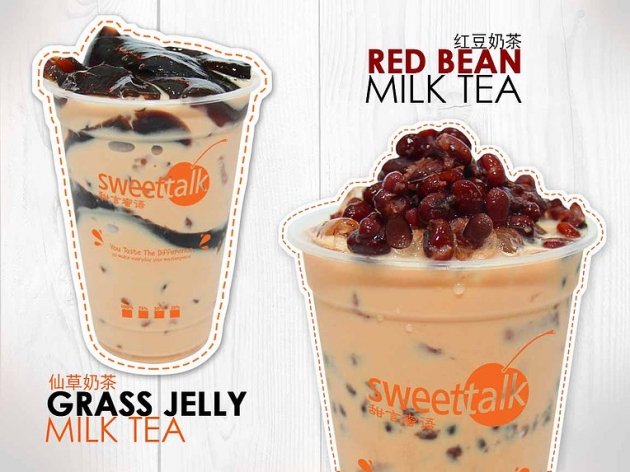 Remember those secondary school days? SweetTalk was the cool drink to get after school before chilling with your friend at a nearby mall. Best of all, the pocket-friendly prices were extremely enticing for the students on a miserable budget.

Back in those days, nobody really cared about the sugar level of bubble tea and orders weren’t that complicated. However, with the influx of big names like KOI and Gong Cha, SweetTalk has regrettably, lost its appeal. 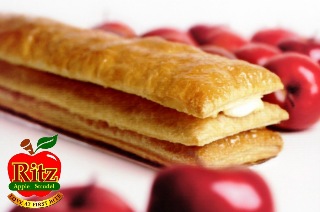 Yup, we were once hooked onto this sweet treat of caramelised pastry filled with cream and apple fillings in between its layers. From its first store at Sixth Avenue, Ritz expanded to 12 outlet islandwide just to satisfy Singaporeans’ craving for it. In the spirit of innovation (and of course, the desire to bring in more revenue), they introduced different flavours that they thought would suit our palates, like durian and chocolate strudels. Sadly, the new flavours failed to catch on the trend and people soon got sick of the pricey dessert. 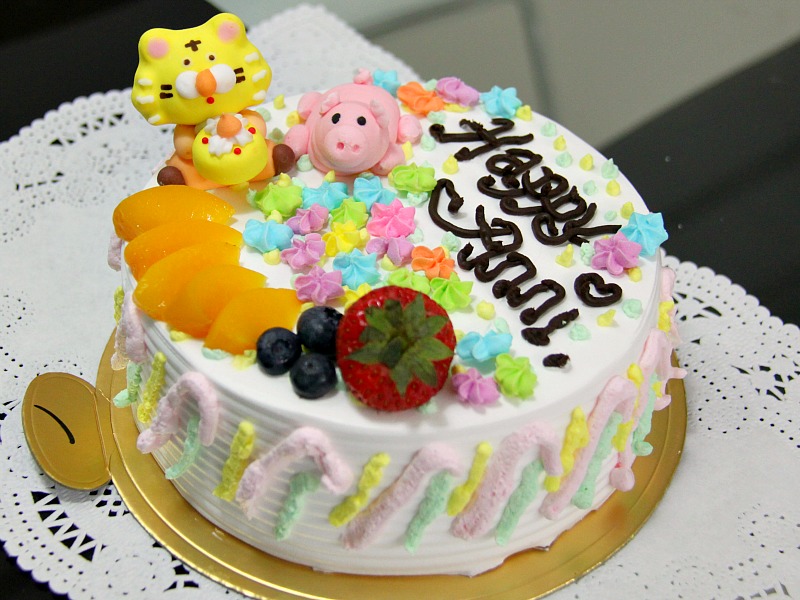 Instead of selling regular cakes, The Icing Room introduced an all-new concept with its Design-It-Yourself (DIY) cake decorative services. With a plain cake as their canvas, customers can unleash their creativity by beautifying the cake with decorative icing pieces and coloured frosting. This novel idea was a hit with Singaporeans who flocked down to their stores for a unique experience and a more personal cake for celebrations. Like any other food fad, customers were soon over it in just a few years. 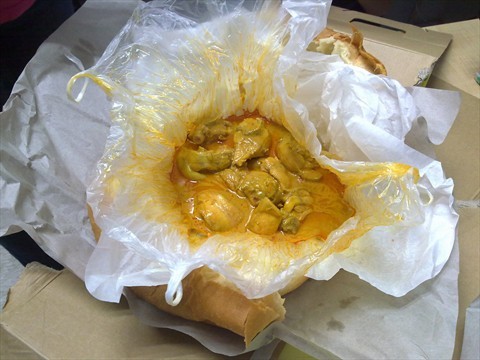 Golden Pillow 933 brought the unique concept of “curry chicken in a loaf’ to many doorsteps since 1997. Inside a huge loaf of bread, which is surprisingly fluffy and light, hides a bag of curry which is not only fragrant and savoury but also full of meat fillings. This unique product uses a traditional recipe passed down through the generations and captured the hearts (and tummies) of many Singaporeans more than a decade ago. If you’re interested in a taste of nostalgia, you can get them from foodpanda with cashback! Meat, glorious meat!!! Before the entrance of the shophouse Korean BBQs on our little island, the perfect place for a class gathering (or any kind of gathering, really) was at Seoul Garden. What helped to boost the trend was the superb locations of the outlets. And that simply allowed us to binge on plates after plates of barbecued meat, while having a good time with our friends. Ah, those were the days. With the introduction of KBBQs and Mookata as more affordable and “authentic” options, the attention (and money) of Singaporeans were soon diverted.

Launched in Japan back in 1999, Beard Papa specializes in cream puffs with a soft yet crispy outer layer and filled with smooth custard filling. They also have other flavours like chocolate, durian and mango yoghurt. These puffs are a perfect treat on a scorching hot day and the way the cool creamy filling oozes into your mouth on the first bite is simply magical. As always, Singaporeans got sick of them and these puffs are only available at Bugis Junction and NEX now. 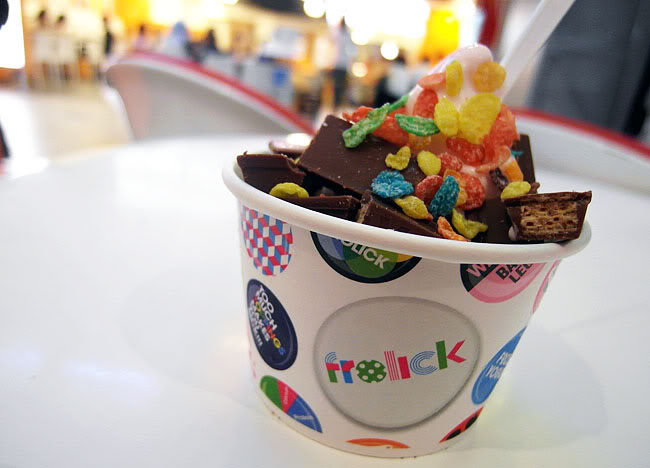 What did we have before llaollao? Does anyone even remember?

That’s right, we had the old-school Frolick! The pioneer establishment of frozen yogurt in Singapore, Frolick was the ‘in’ place to get your quick fix from. Like winter wonderland in a cup, the froyo cup was practically in every Singaporean’s hands. And with unique flavours like Bandung and Grape, it kept us going back for more. Well, until the newer and healthier versions appeared that is.

So did we miss anything out? Was there anything that you were completely obsessed over and currently craving for? Leave a comment on our Facebook page and let us know!

User Feedback
#what to eat in singapore

Delicious Yet Guilt-Free Taobao Snacks To Keep at Work And Home!

The Complete Taobao Guide: How To Taobao Like A Pro!